Doug Moler’s third annual ultralight fly-in, held at Highpoint ((3K55) October 30th,  brought those birds out of the woodwork plus some of the “heavy iron”.  It  was even cause for a temporary truce between the Huns, the Brits & French. Note in the photos that a Hun and a Hun hunter are parked side by side.  Actually it was part of the truce, that way our guns would not be aimed at each other and neither would take a sneaky shot! 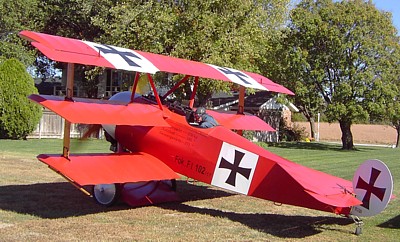 Fokker DR-1 Turning to park next to other warbirds 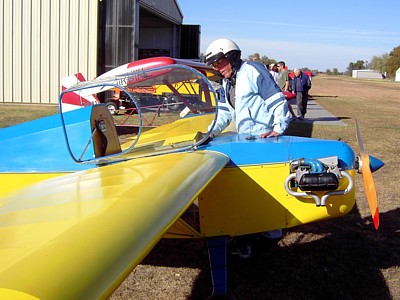 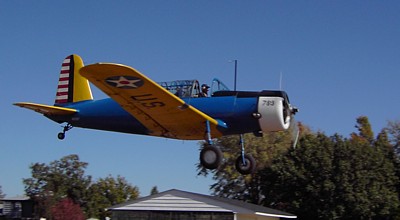 Doug and wife Sabrina supplied the majority of food and refreshments with everyone bringing their speciality dishes such as home made chocolate chip cookies, pumpkin pie, cranberry cobbler, potato salads, etc.  Bowls of Halloween candy were placed stragetically. 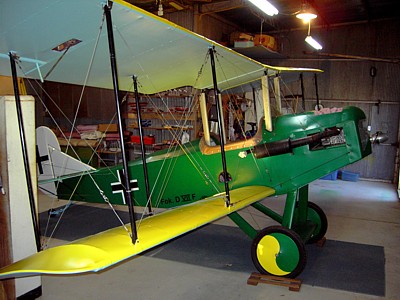 Knowing I was near enemy territory I wanted to follow up on a hunch about a new Hun plane about to join the fray.  With engine out and gliding silently, I landing softly on a Neil Wretberg’s sod strip and coasted to a stop near some pine trees.  Sneaking into a hangar I spotted a brand new scale replica of a Fokker D VII.  Attempting to frighten people away, Neil had positioned several cardboard cutout “scarecrows” of himself in the hangar next to the plane. I took several espionage photos then scrambled away. We may soon see more of this weapon in our gunsights! 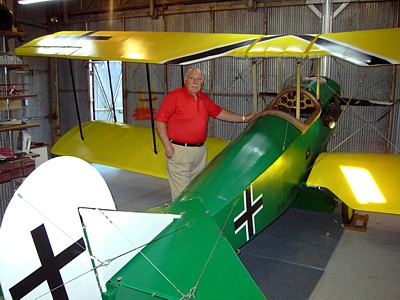 The plane is real, the cardboard “scarecrow” cutout of Niel is not

As the saying  goes, “all  had a good (actually GRAND) time”. The pilots had as much fun flying, giving rides and smoking up the place as did those ground-pounders who watched. These are  the events we look forward to, enjoy while they are taking place, and exaggerate while reliving the memories via photos and subsequent hangar talk.
I left Selby Aerodrome about 1:00 in  the early afternoon and with a waiver from the Mid-Continent tower, flew through the airport’s Class C airspace while following the Big Ditch at an altitude of 400′ AGL. Over the tower frequency I heard them announce: “Watch for wake turbulence from AirBike flying the Big Ditch.” I think there was a bit of sarcasism is that voice! 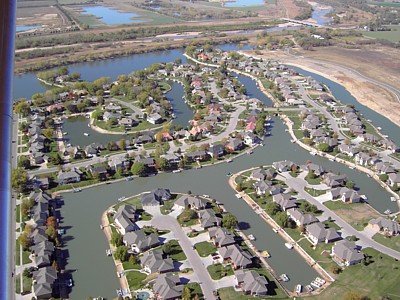 Flying over a watery subdivision adjacent to the Big Ditch

A smoking flyby at Highpoint announced my  arrival and signaled more temporary IFR conditions to follow during the day’s activities. It wasn’t long before a later smoking solo performance by me was challenged by Doug Moler’s in his AirBike.  Later we teamed up for multiple formation smoking fly-bys. 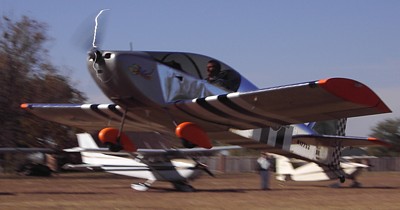 A “militarized” Sonnex built and painted by Mike Hilderbrand 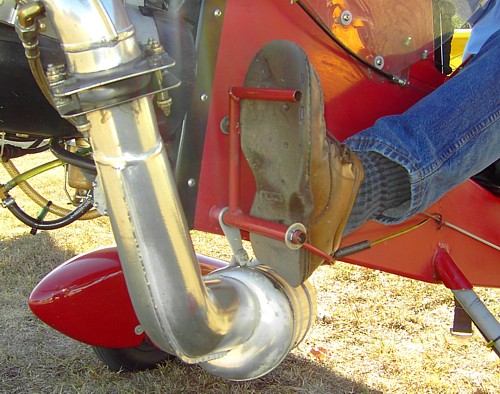 Doug Moler wows the crowd with his smokin’ Airbike fly-by!

At 6:15 PM I peeled out of our formation, circled the runway and made a mad dash for Selby Airdrome 30 miles away and 15 minutes prior to official sunset.  Even at 65 MPH I didn’t make it but the sky was clear which provided an extra 15 minutes of civil twilight.  Five minutes after landing, the lights went out, it was dark as the inside of a cow! 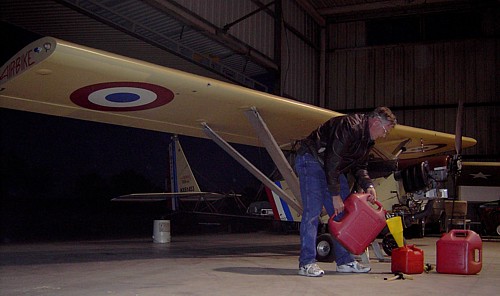 Refuled,  wiped down, parked and covered, my AirBike was soon fast asleep in its bunker while the hot engine parts popped and creaked during its continued cool down. Hangar door shut, ceiling lights out, I walked the hangar’s length in darkness towards the entry door knowing by heart where the obstacles were.
Paul D. Fiebich
a.k.a. AirBike Ace
Older Entries