(a note from the editor: Living in Wichita I get to see the Dreamlifter on final to the Boeing Airfield with relative frequency. Last Summer one was displayed at the McConnell Open House and Airshow. I went and was able to wander under and around one of these impressive machines. I could walk upright underneath the fuselage. – Brian)

I recently received this link on the Boeing 747-400 (http://www.bbc.co.uk/news/science-environment-20399859) and dug thru my files to find the shots I took of what (I was told at the time) was the first of the four of them that were being (or were to be) built. 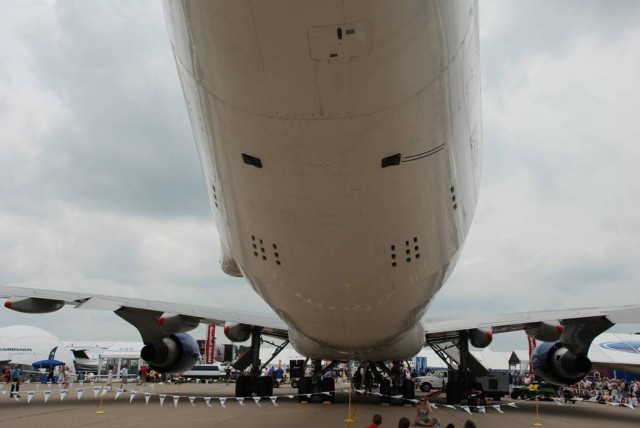 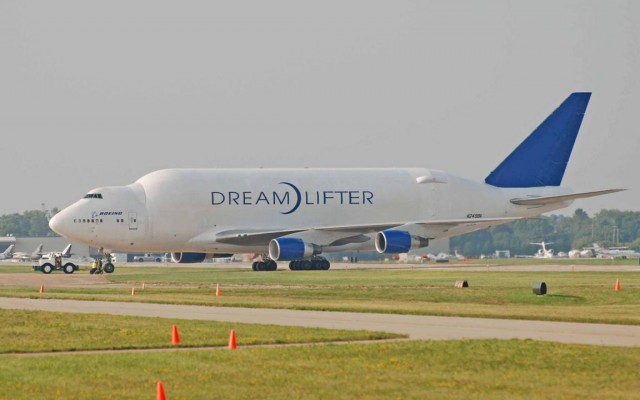 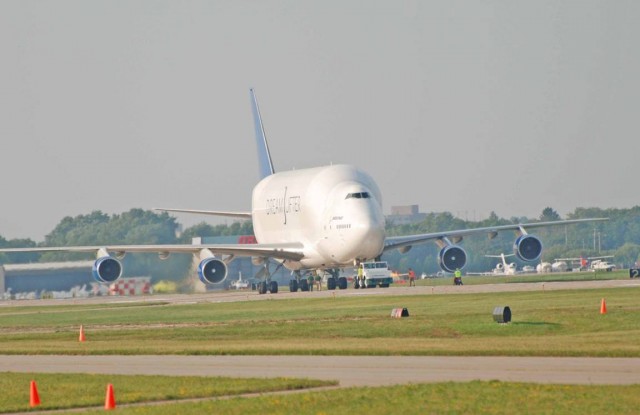 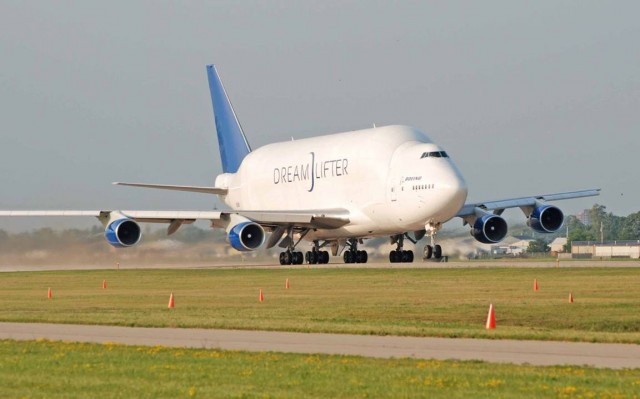 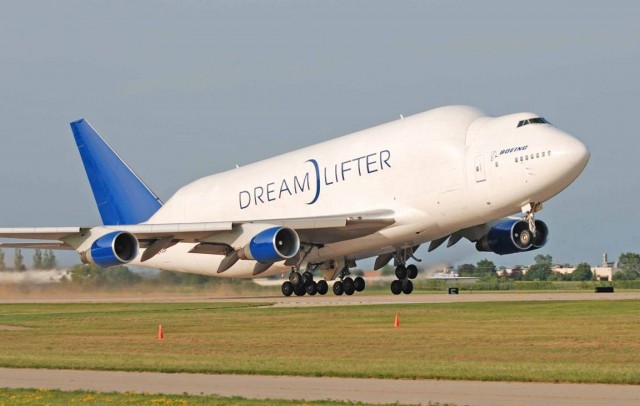 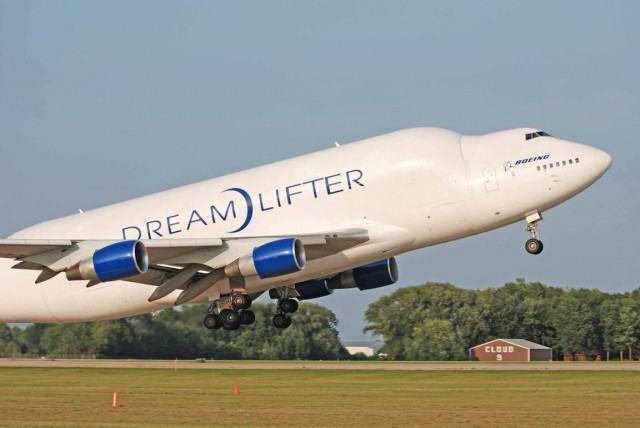 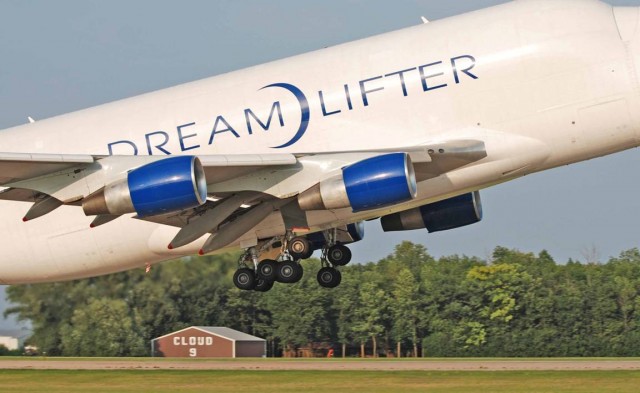 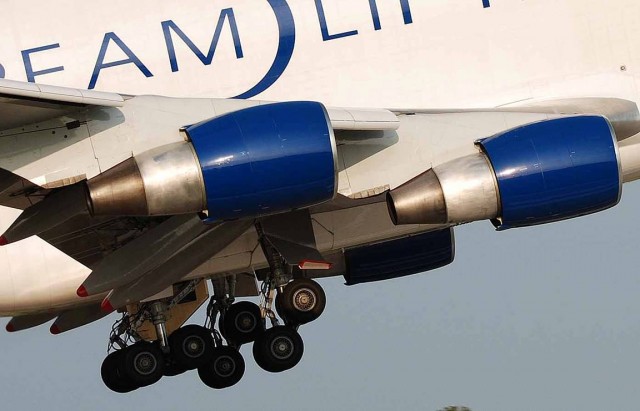 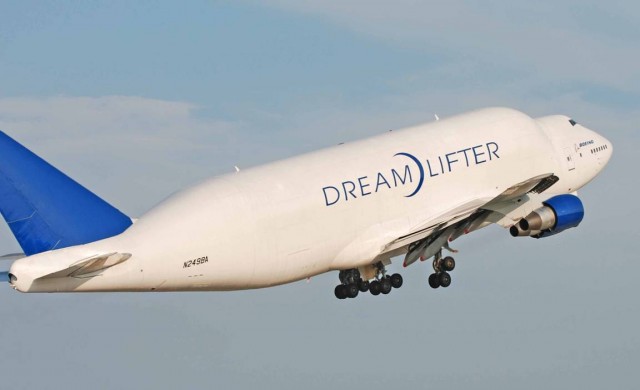 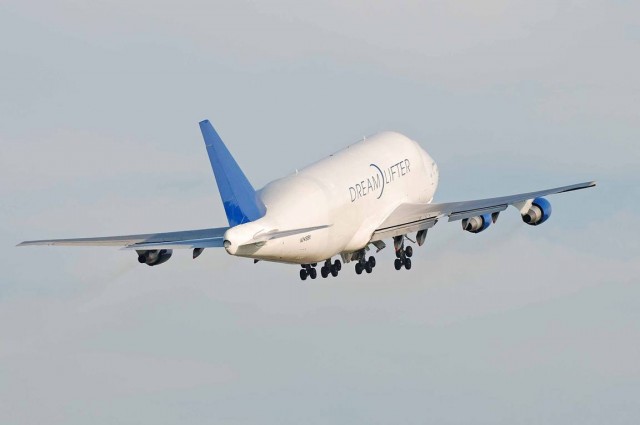 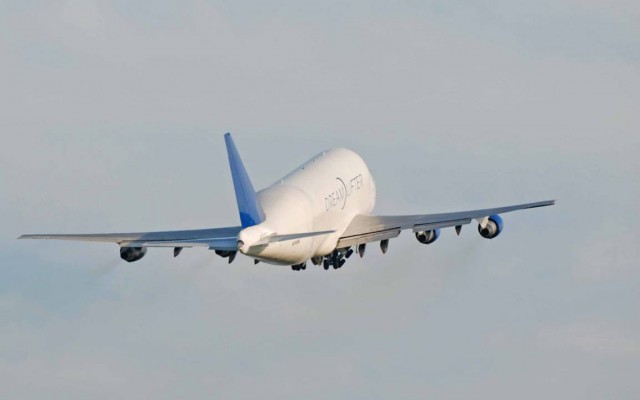