The Battle of Taranto

Today, on the 11th November 1940, twenty one Fairey Swordfish biplanes (affectionately known as ‘Stringbags’) flying in two formations made up from 813 and 815 Naval Air Squadrons of the Fleet Air Arm initiated an attack that became known as The Battle of Taranto. 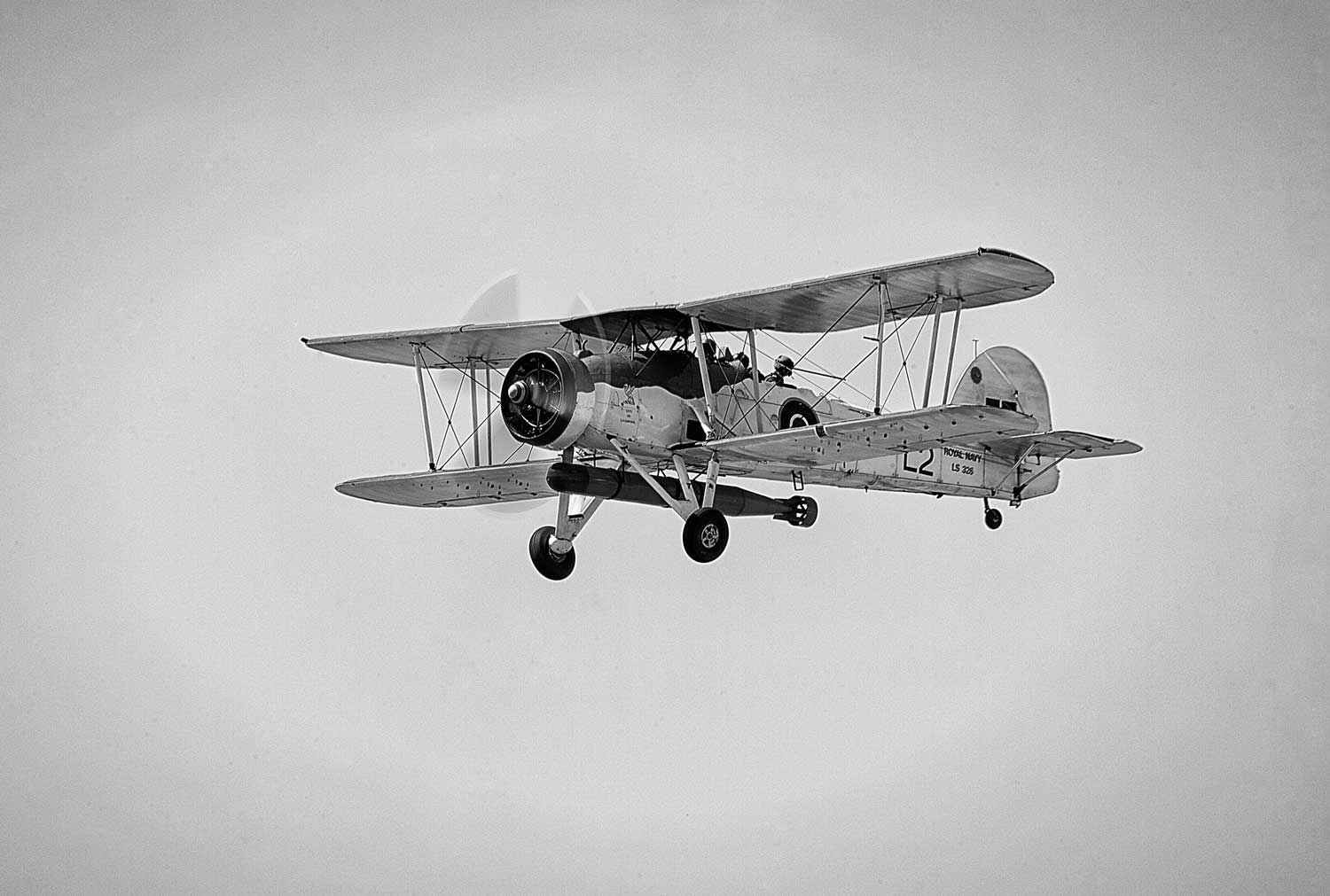 The Fairey Swordfish (aka “Stringbag”)

They took off from the aircraft carrier HMS Illustrious located in the Mediterranean Sea in two formations of 12 and 9 aircraft respectively.  Their mission was to carry out a torpedo attack on the Italian battle fleet which were sheltering in the southern Italian port of Taranto.   Despite heavy flak and the loss of only two aircraft the raid successfully crippled three battleships, destroyed a seaplane hangar and surrounding area.

This attack sounded the ‘death knell’ for battleships.  The aircraft carrier took their place as the main capital asset of any navy.   Taranto was a turning point and the Japanese noted this raid and applied the lessons learnt to Pearl Harbour the following year.

PS:  The Stringbag’s nickname was given not because it was a biplane with numerous associated struts and wires, but by its ability to carry so much (and variety) of weight – just a like shopping stringbag?

PPS: This same type also dealt a crippling blow to the pocket battleship Bismark.  A torpedo from a Swordfish knocked out Bismark’s steering mechanism thus enabling the British battle fleet to catch her. 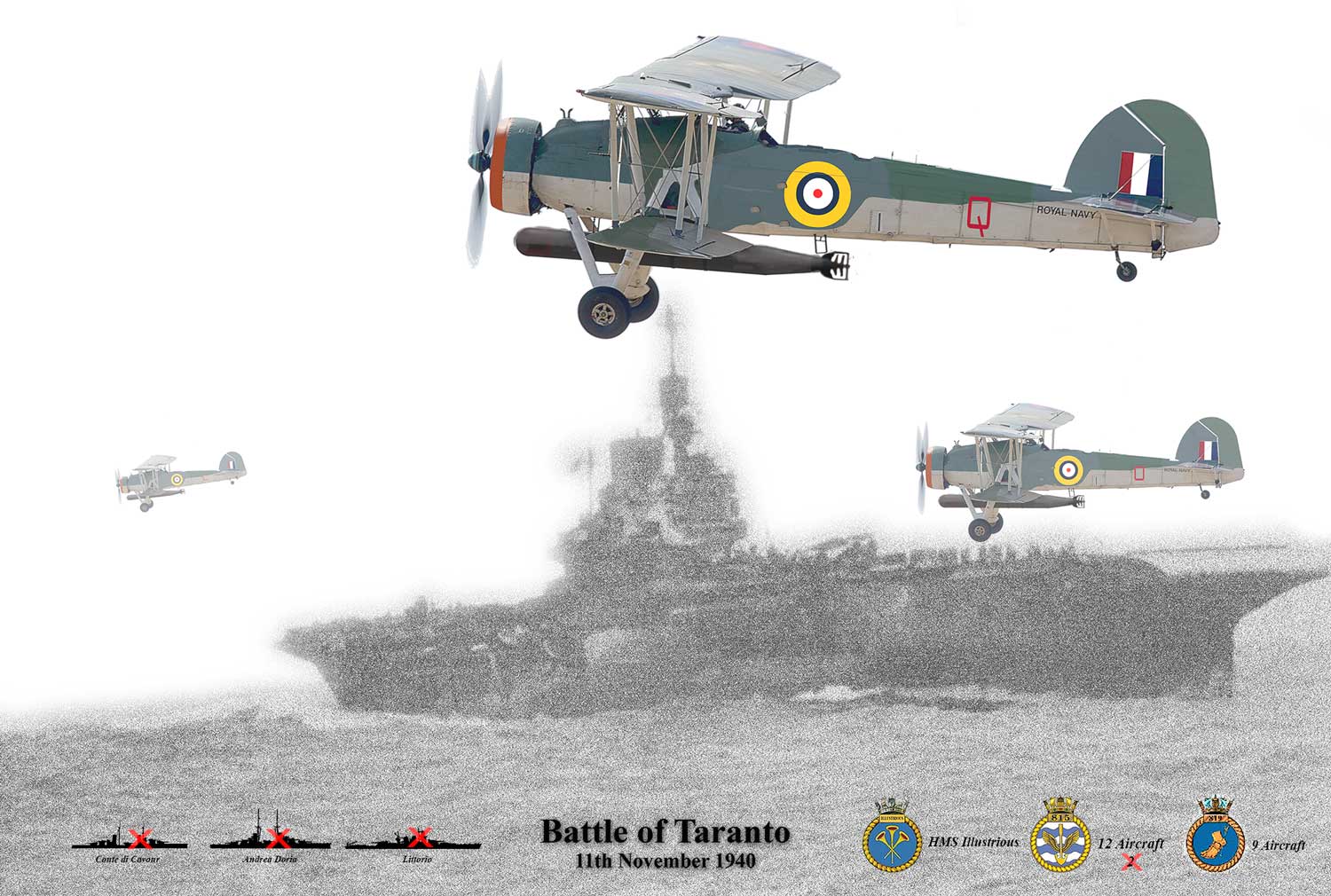