I was intently involved shooting a FIFI landing at the New Century airport when I got a call from a friend at the Topeka Airport saying The Collings Foundation
B-24, Witchcraft, was going to be a little bit late departing TOP for the Wheeler Airport in downtown KC.  Exceeding the I-35 speed limit (only a teensy) allowed
me to make the 20 or so miles to the downtown KC Airport with at least two minutes to spare.  I quickly got to my favorite shooting spot on top the north hill
and there she was…   on a right base out there in the haze.

The same strong south wind that FIFI had been fighting on landing a few zip codes to the south, made its presence known to Witchcraft also.  It was sort of
difficult to hold steady and shoot from the top of that hill.

The Collings B-17 that was supposed to accompany Witchcraft to KC, had blown an engine and was receiving a new power plant in Colorado. 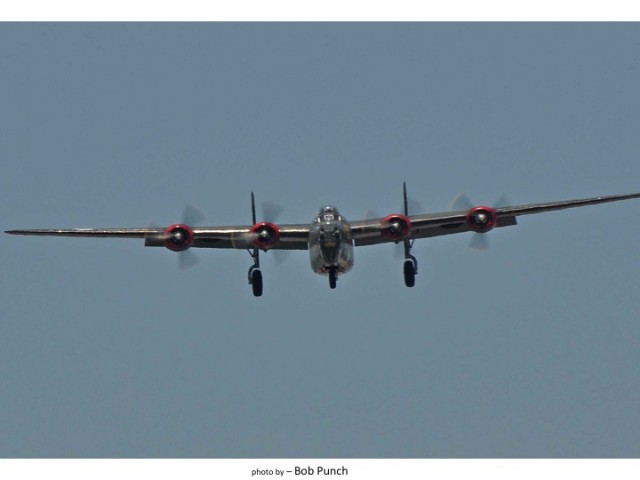 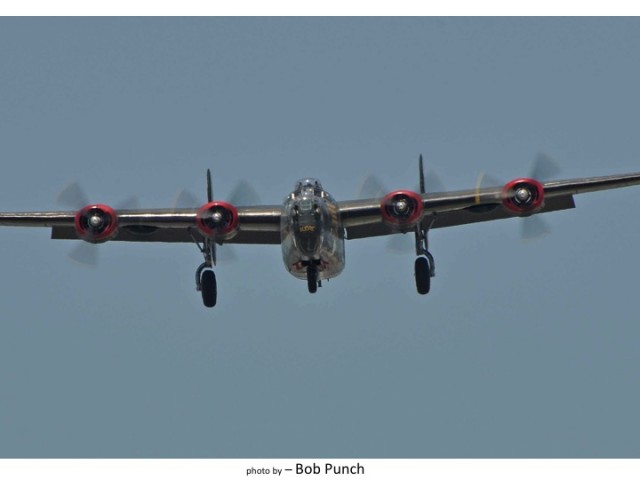 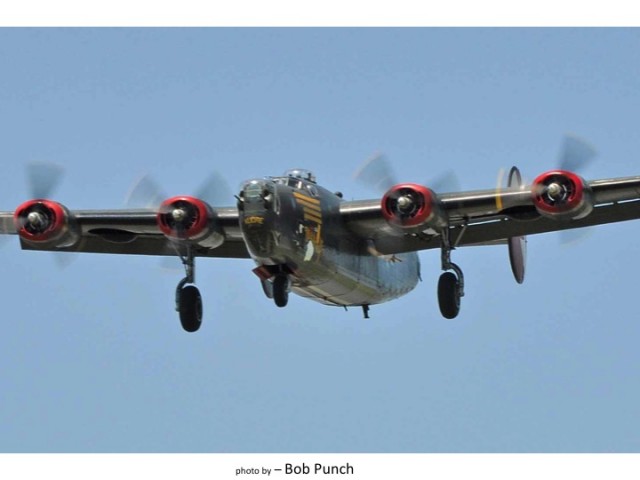 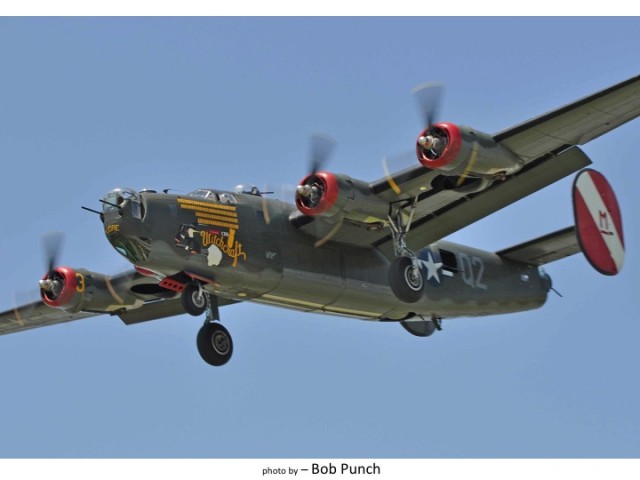 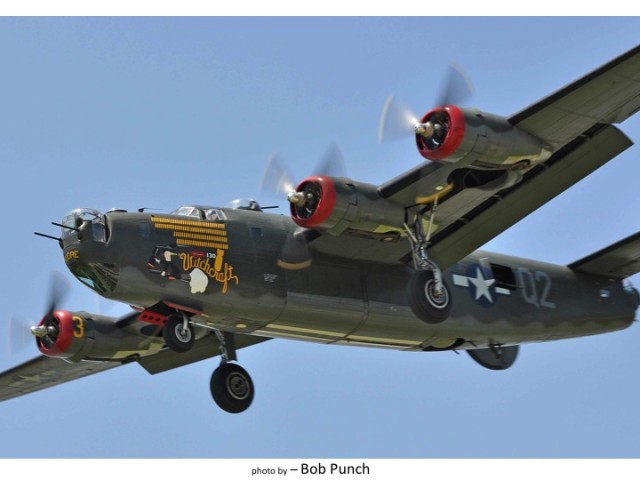 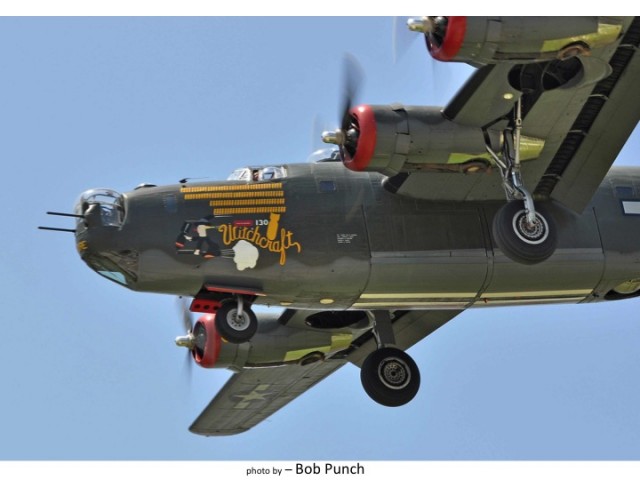 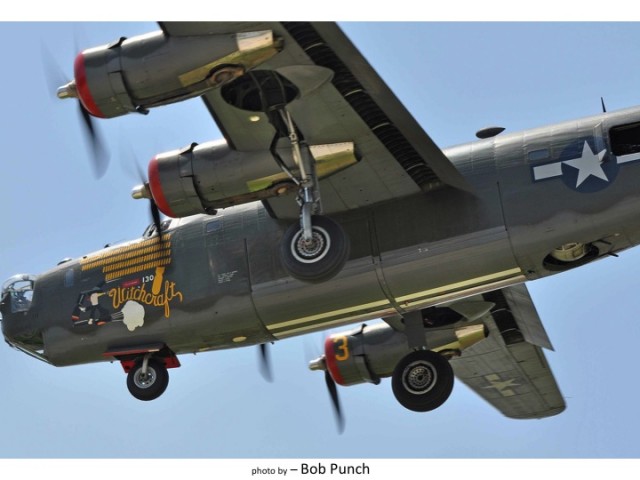 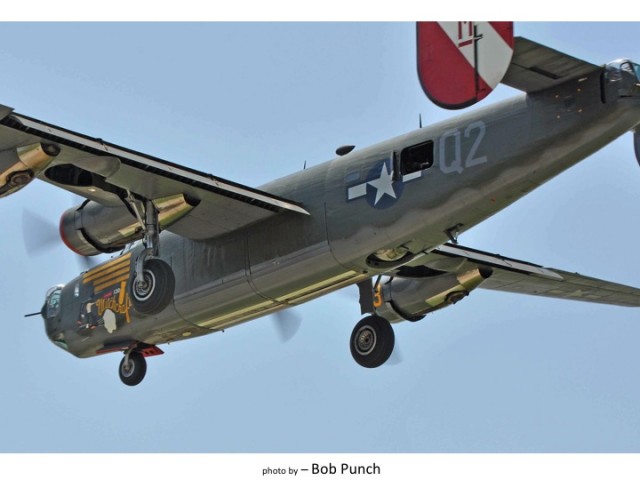 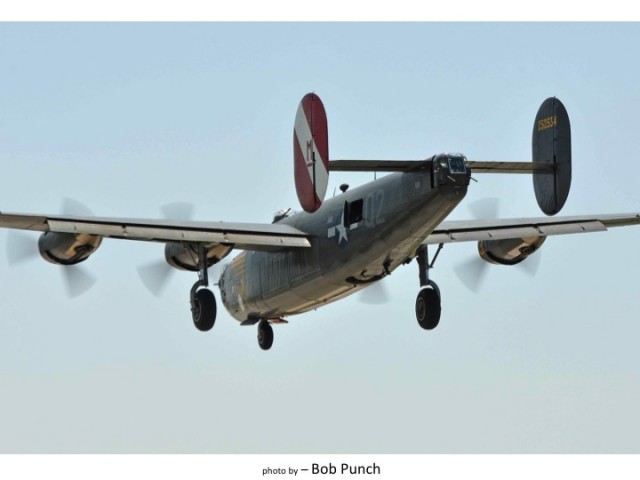 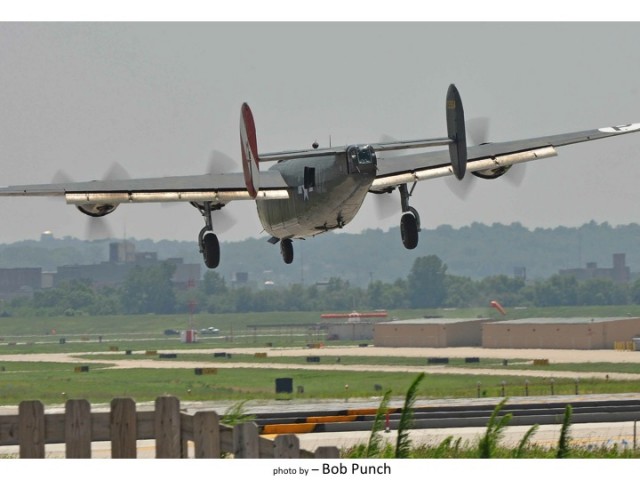 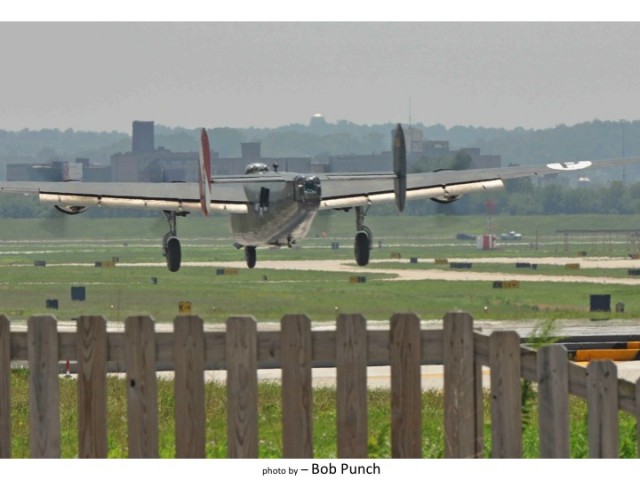 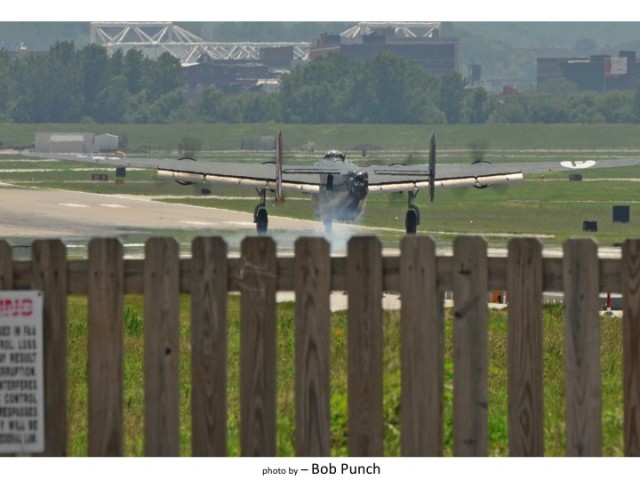