Yesterday (16 Jan 15) it was exceptionally warm for this time of year. A couple days prior, the weather prognosticators told us the thermometer would be topping out at 60°. That’s all The Sky Surfer needed to cut out early from work to grab some air. The reason it was warm was that a 20+mph Southwest Wind was transporting Texas’ atmosphere up our way for a couple of days. My Quicksilver only cruises at 40 mph. So, one “Fun Flight Strategy” on a windy day is to fly into the wind for an hour and then turn around and ride the wave back to the home field. That’s what I did.

For this run I had a mind to dispense with the documentation of the flight. I still have three major Sky Safaris from last Summer shot and waiting to be written. It’s not like I needed to add to my work stack of stuff to do. But, twice as I was suiting up for the flight I was given the definite impression I needed to bring my camera. If you know how to listen, God will tell you when He has something He wants you to see. As is my inclination, I like y’all to see what I get to see so cameras are the method.

Even though it was relatively warm, I have an SOP (Standard Operating Principle) of “over dressing” when flying my Ultralight. Once or thrice having spent an hour+ shivering in the cold with no way to get out of the wind taught me the wisdom of covering up for a flight even when it is warm on the ground. I wore my battery powered, heated gloves. They work great but do make it much more difficult to operate a camera. The “camera start” button is right next to the shutter button and with gloves on it is easy to hit one when trying to hit the other.

When I first saw this Herd of Deer, they were to my right and slightly behind me running parallel. They were at a full gallop and for a few seconds I was transfixed. They were not running away from me. They were running with me and passing me… Because I had a 20+mph head wind I was only moving about 15 to 20 mph across the ground. So after it finally dawned on me I had a bona fide Photo Op I had to “quickly” change power setting and trim and grab the camera. The “quickly” is borderline sarcasm because at the time it seemed to take forever compounded by the fact that my glove-encased fingers started and then shut down the camera at least twice! This was not a scene I was ready to miss, though, and I did my best to capture the herd before it ducked into the hedgerow. 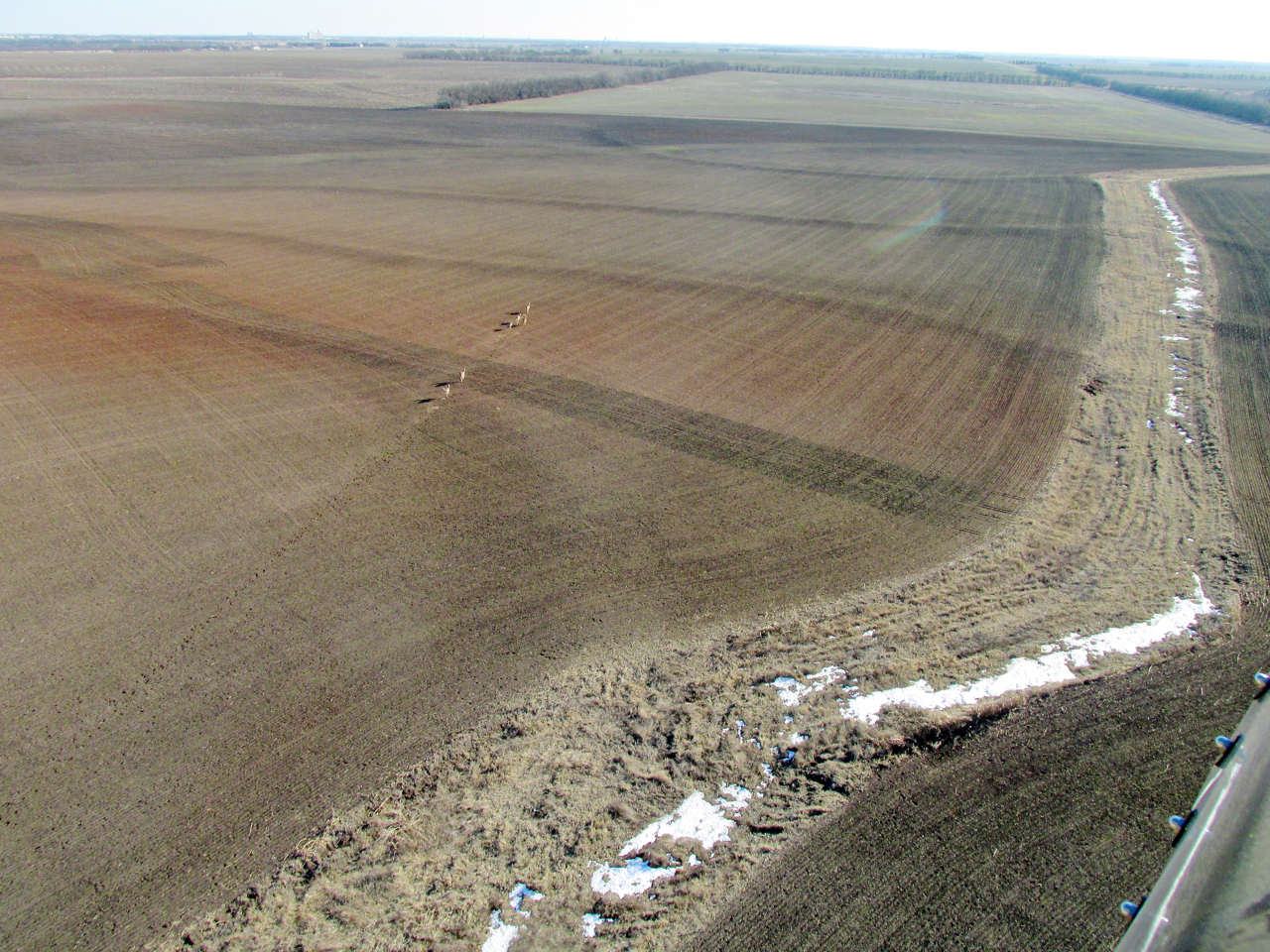 Here they have already crossed underneath me from right to left and are galloping flat out for the cover of the hedgerow. You can see their hoof prints and dust trailing behind them. In the distance at the top left of the photo you can see a grain elevator on the West side of Wellington, Kansas.

They Were Ditching Me!

When I first saw them I was in slow cruise (40 mph). With the 20+ mph headwind,  I was only getting about 15 to 20 mph across the ground so they were leaving me in the dust. I shot the picture above just after increasing power to catch them. The remaining shots in the series were taken as I caught up. 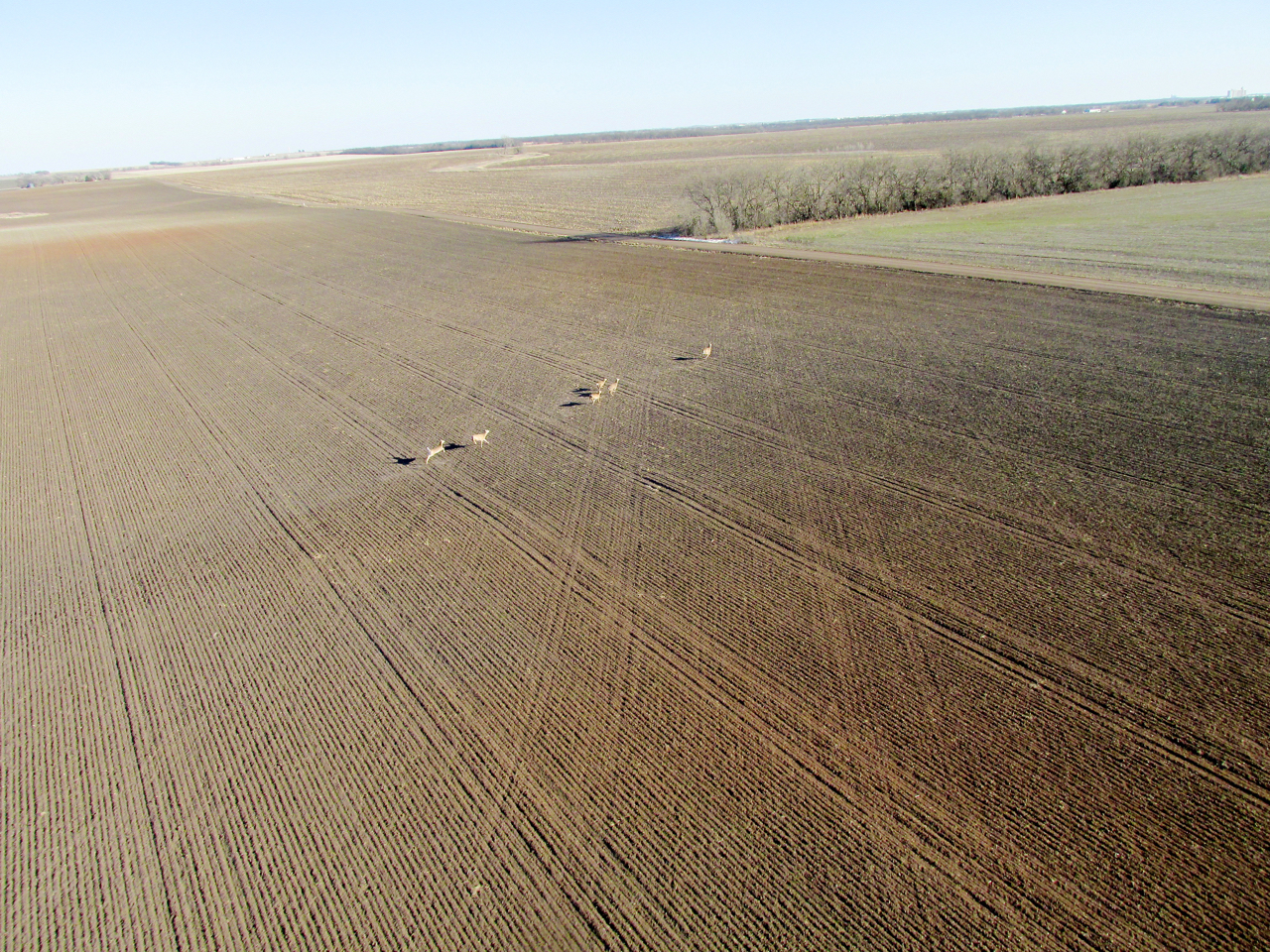 Here the “tail end Charlie” is entirely airborne with legs stretched out. This is how they all bounded across the field. 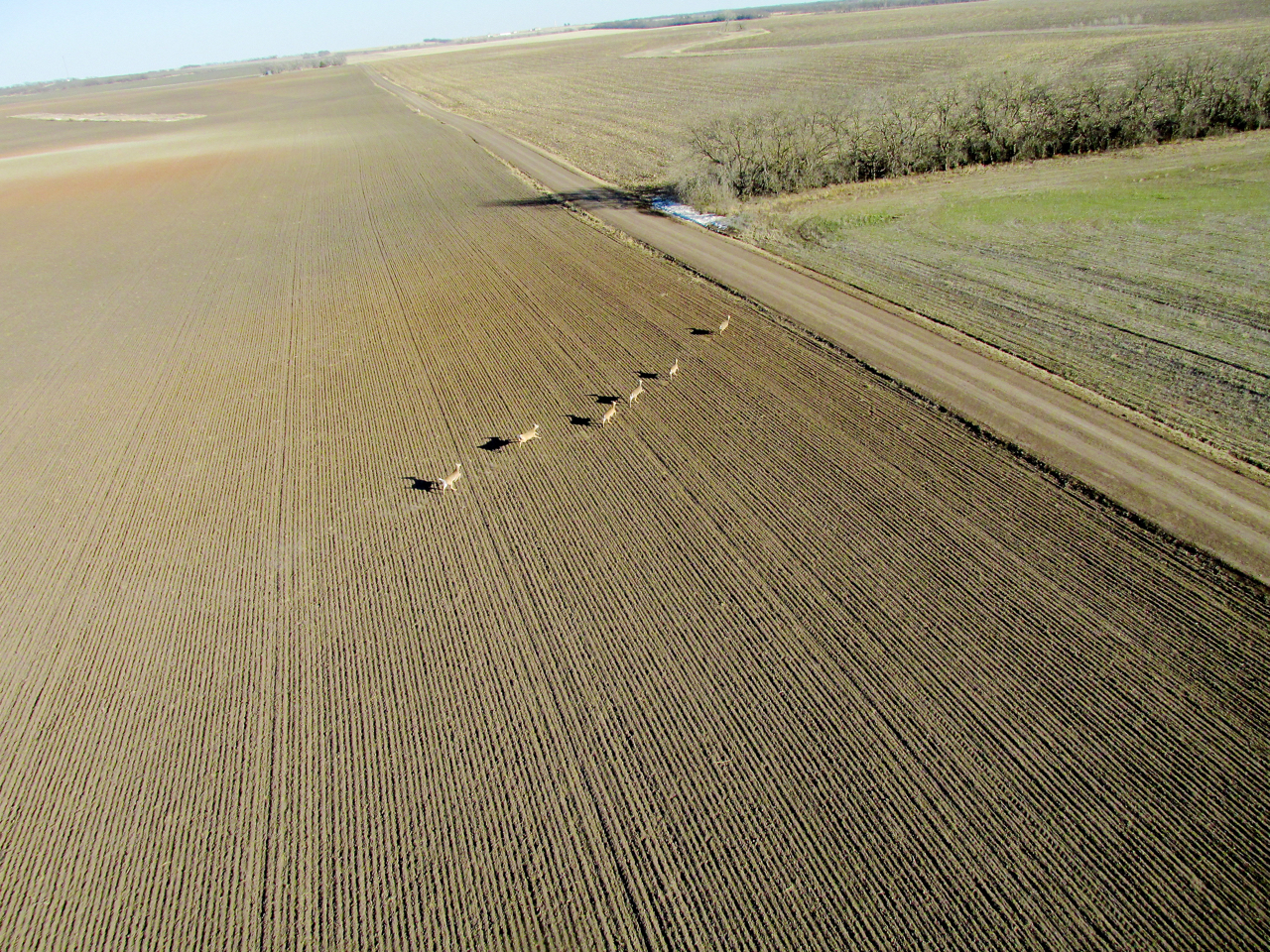 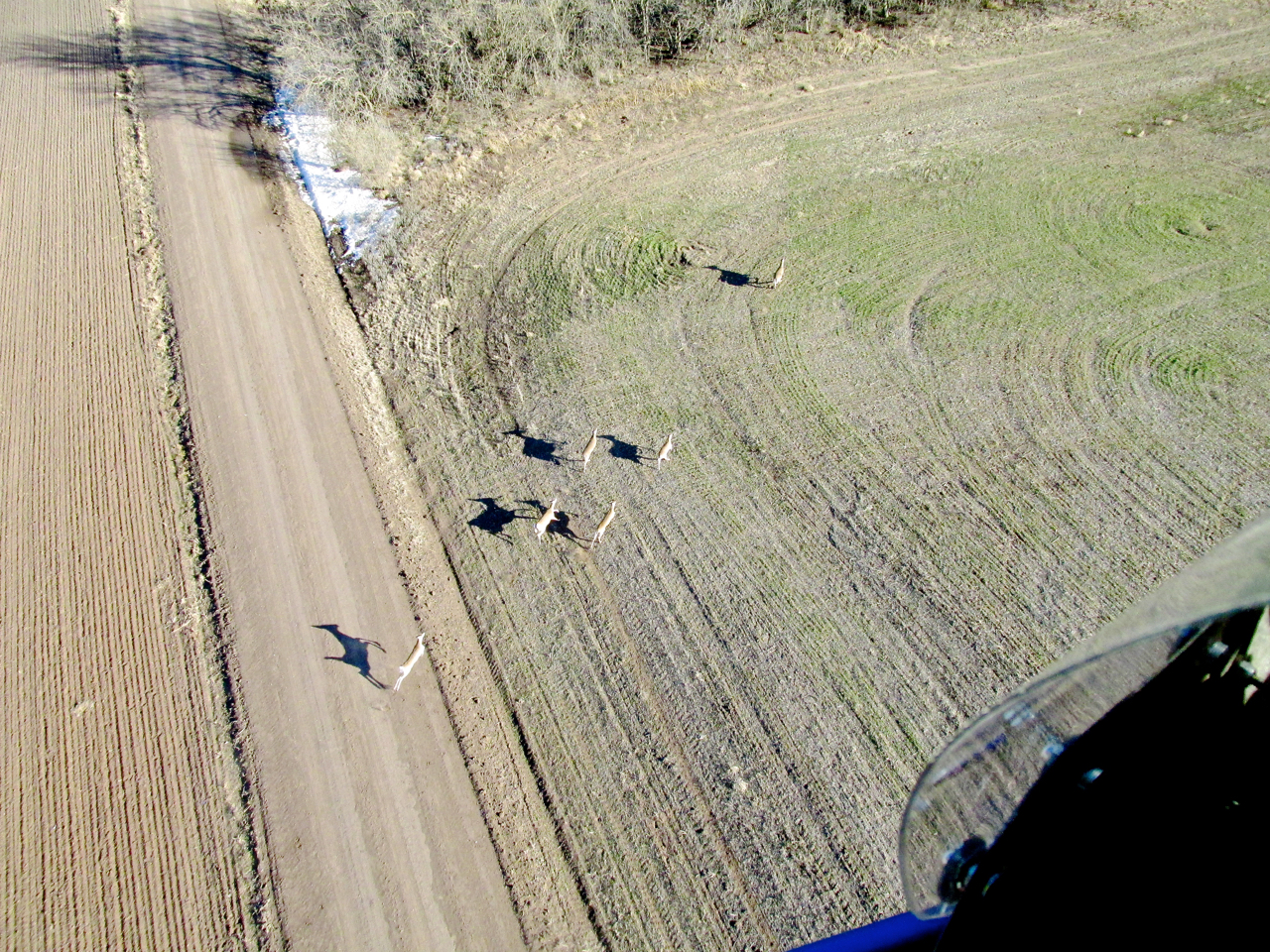 The final shot before they reached the hedgerow. I really like the shadow on the road cast by the last deer. You can see the white tail standing straight up and that he had just bound off his hind legs.

Every Flight Is Different

I hope you found that interesting. I see deer on almost every flight but rarely do I catch them out in the open and never have I had them race me like they did yesterday.

2 Responses to “Herd on the Hoof”