Because it is a pretty good distance for me to fly in my ultralight I always fly to Beaumont at sunrise.
Even though I don’t mind flying in wind and thermals, when you fly out about 50 miles in an ultralight you don’t want to have to return to base against a 20+ headwind. A year ago, 3 of us did this and had to divert to Augusta Airport because we were running out of gas. Actually the headwind was more like 30 mph that time. Anyway, flying to Beaumont at sunrise lessens the probability of encountering higher winds that generally develop later in the day around here.

The Beaumont Airport along with the Beaumont Hotel is one of the most famous aviation destinations in North America. Out in the middle of the rolling prairie at the gateway to the Flint Hills, takes you back to twin histories. You have the history of the Old West with its cattle drives and you have the history of Aviation both depicted at the Hotel which has been remodeled to maintain the look and feel of those storied times. 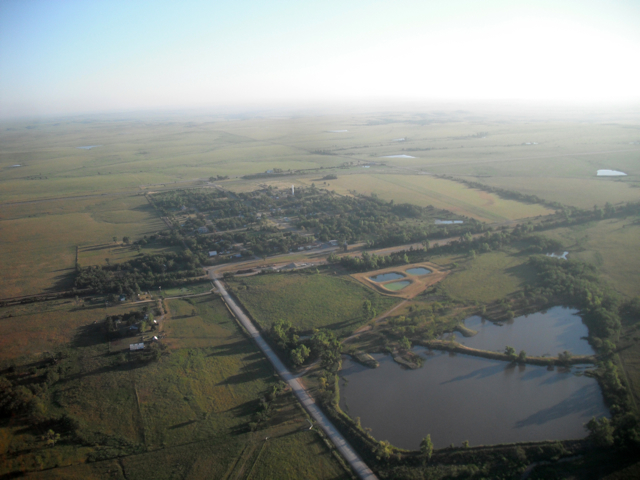 Beaumont, Kansas from about 1,000′ from the SSW. The runway is at the upper right.

One of the unique things about the Beaumont Hotel is that after landing at the Airfield you taxi your plane right up to the front door of the Hotel. 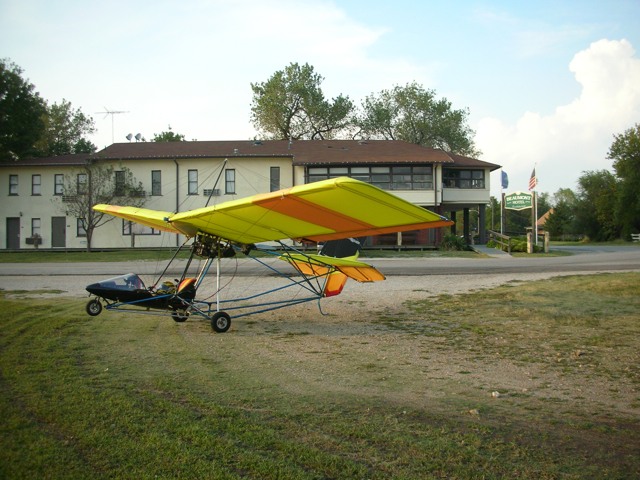 My MXL+ parked in front of the Beaumont Hotel

Pretty much every Saturday I have been there I have seen a variety of aircraft. Quite often also you will see groups of motorcyclists eating in the restaurant or lounging on the benches overlooking the taxiway.

If you like talking about airplanes and showing yours to onlookers it is the place to be. People will go out just for that purpose and for the beautiful drive across the prairie. 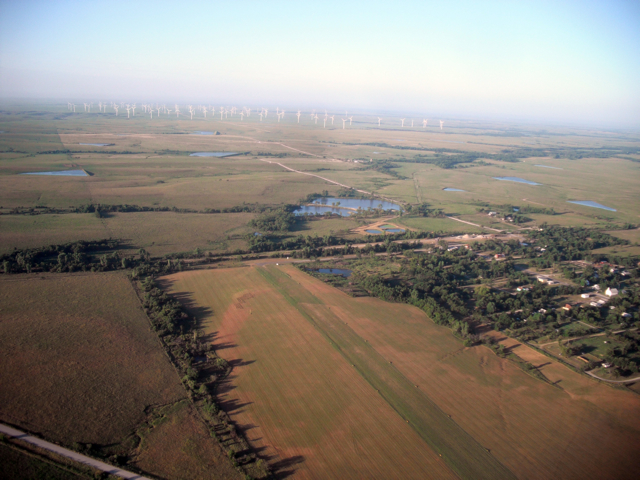 Beaumont Airfield with wind generators in the background

Another draw is the Windmill Field to the south of town. There are 100 of the new variety of wind generators there. They are very large and you can drive your car down a road that goes through the “wind farm” to see them up close. 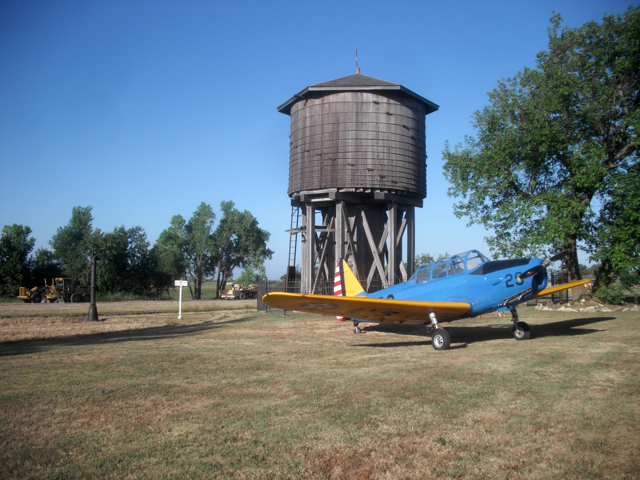 This PT-26 is typical of the surprises in store whenever you stop in at Beaumont on a Saturday during flying season. Behind it is an actual water tower used by the railroad when a line used to pass through here.

After I spent about an hour chatting with folks asking questions about my ultralight I hopped in the cockpit and took off. I made a stop at Alley Field in Douglas, Kansas but no one was around so I left pretty soon.

Since I was talking about the windmills I am inserting a shot here that I had taken back in August of 2007. There was a lot of ground fog and low hanging clouds that day but you can get an idea how they look from the air from this. 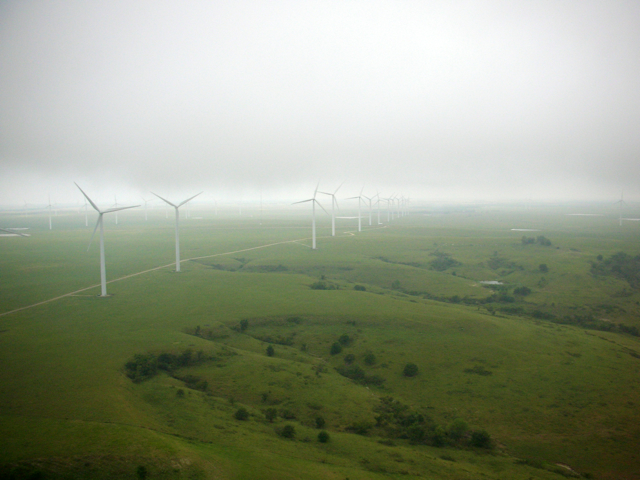 A few Wind Generators peak through the fog near Beaumont, Kansas