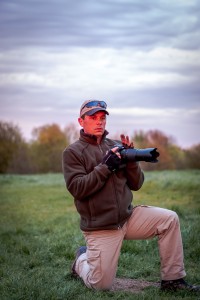 Mirek has been fascinated with airplanes since he was a child. He remembers his Grandmother’s vivid descriptions of WWII. During that war, she witnessed dogfights over her home town between Polish and German Fighters – Mirek believes they were the PZL P-11 and the JU-87 Stuka. Even though a young girl, she was called upon to deliver ammunition to anti-aircraft crew.

When he became of age, Mirek applied to the Polish Air Force Academy but could not attend due to medical reasons. But, even though he was not selected to fly the planes, they allowed him to jump from them. He joined the 6th Airborne Brigade, 16th Parachute Regiment and served in Krakow.

Initially, Mirek’s aviation artform was illustration. Because Winter months limited his exposure to aviation subject matter, he came upon the idea of photographing aircraft during the warmer parts of the year to provide drawing ideas during the cold months. This plan changed, though, after his first outing in 2008 with his new DSLR.  Suddenly, he said it was like “being infected by a virus”. He became hooked on photography and it is now Mirek’s medium of choice.

Mirek’s venues are all storied “names of fame” to us here in America: Duxford, Fairford, Eastbourne and Farnborough. He has designs to visit La Bourget in Paris before too long.

He has a good eye for composition and color. One look at a Mirek Frame and you’ll be hooked, too!