It was another hot windy day in Kansas with temperatures topping out around 105º. I decided I needed to get out of the office and do some flying. 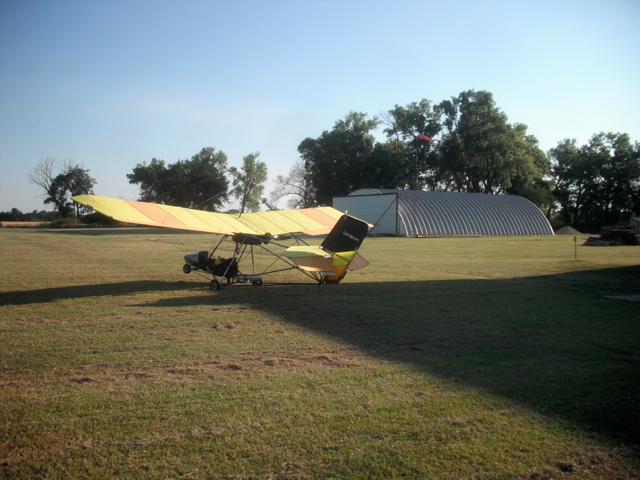 My MXL+ next to one of the hangars at Selby Field

I rolled my plane out of the main hangar and did a pre-flight after having fueled up. 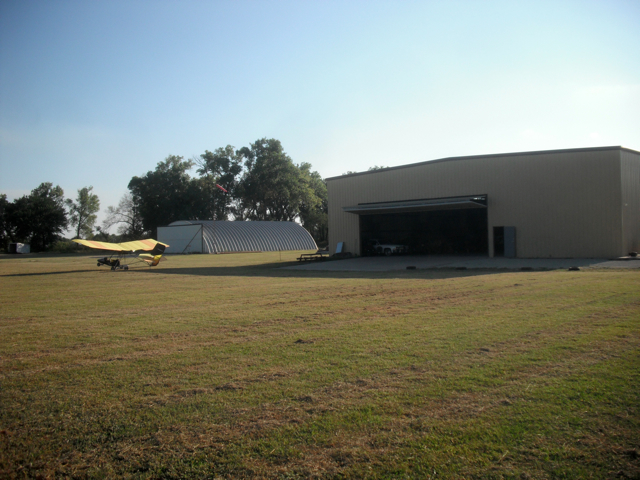 The wind was out of the southeast so I decided to make my first leg into the wind and picked Udall’s Cherokee Strip as my destination. 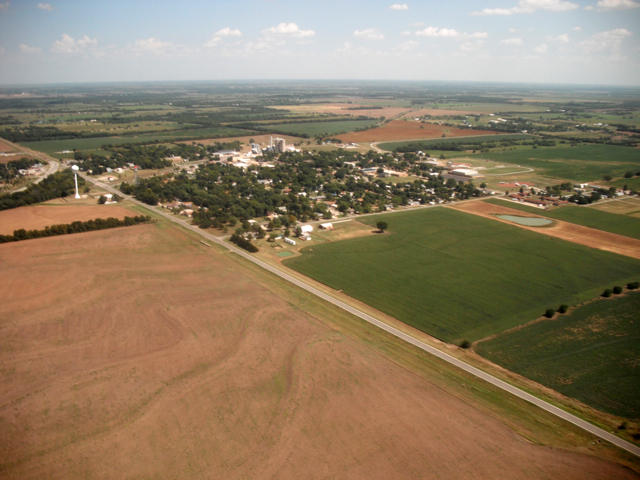 Udall, Kansas from about 800′ and 1 mile NW. Cherokee Strip is visible at the top right of the picture just SE of town.

It was pretty bumpy the whole way and the temperature in the air was the same as on the ground – hovering around 100º. 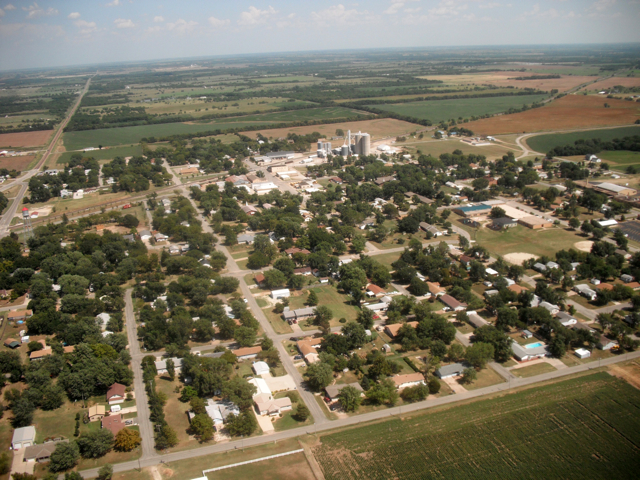 Udall, Kansas from the West at about 500′

I dropped into Cherokee Strip. It is a residential airport with a well-kept grass strip. There are a variety of aircraft hangared there and as you would expect in this type of neighborhood everyone is pro-aviation. 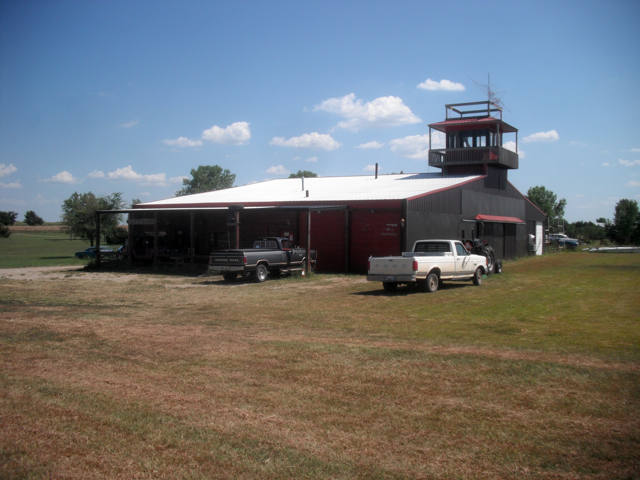 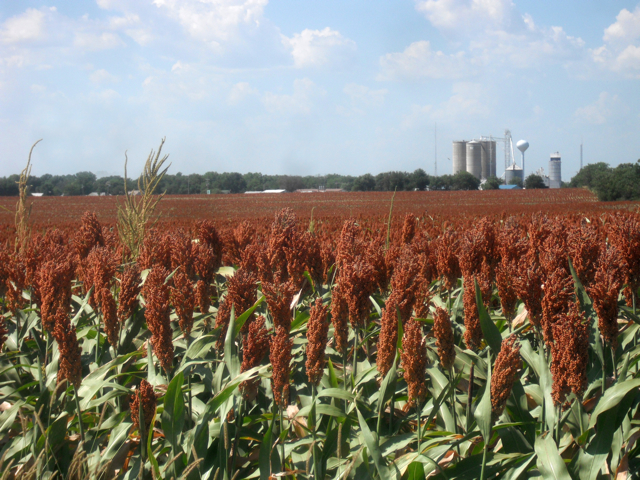 Taken from next to Tom Randal’s shop with ripe Milo in the foreground, you can see Udall in the distance

I got out of my plane to walk around a bit and see if anyone was there. I couldn’t find anybody at the shop or at the nearest house so I saddled up again and decided to head over to another of my favorite places – Alley Field – which is on a hill on the east side of Douglas, Kansas. 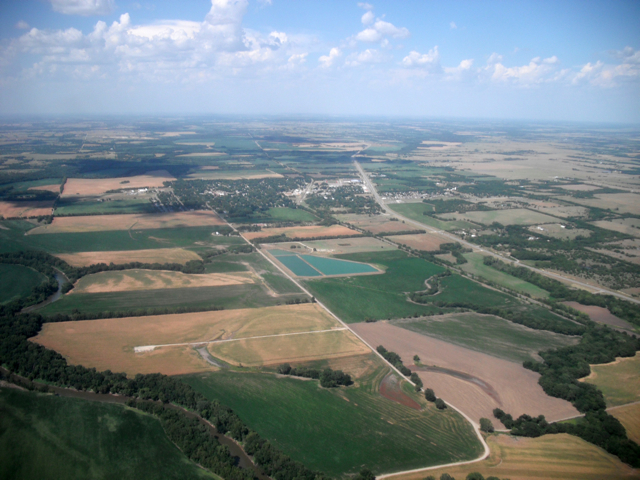 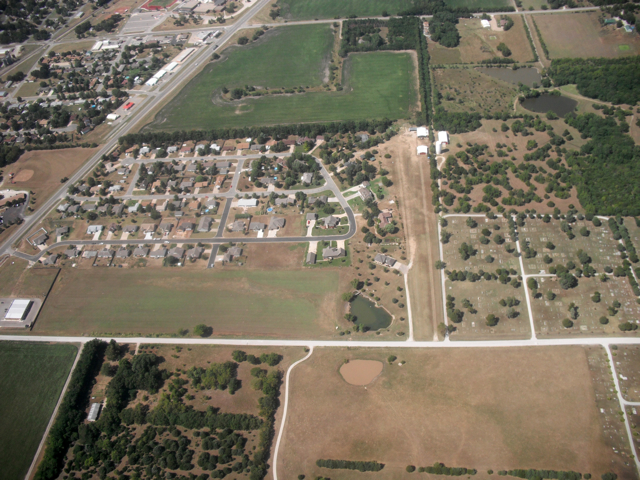 It was such a hot day that the lift was impressive. After leaving Udall, I set my engine to 4650 rpm for my best economy flying speed. That engine setting will keep me airborne in slow flight and give me the most range for my limit of 5 gallons of fuel. Because that is such a low power setting I only get about 38mph indicated. The reason I say all this is that without adding any power I had so much lift that by Alley Field I had climbed 1,500′ without even working the thermals. It was a very active day but was only about 10º cooler at 1,800′.

When I approach a field like this I take a good look around for traffic and then make a spiral entry to the downwind leg. When I landed the owner Lawrence Alley came out to say Hi. 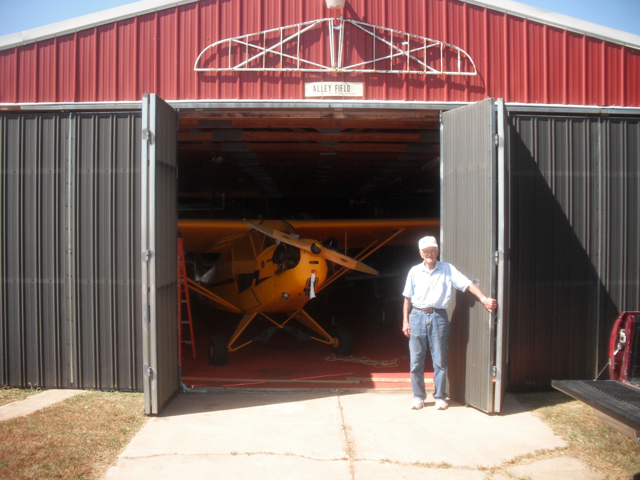 Lawrence Alley in front of one of his hangars

Mr. Alley is well known and respected around aviation circles and was a flyer in WWII and Korea. The EAA has an interview with him here. You should check it out. He has a number of airplanes and his sons also fly. 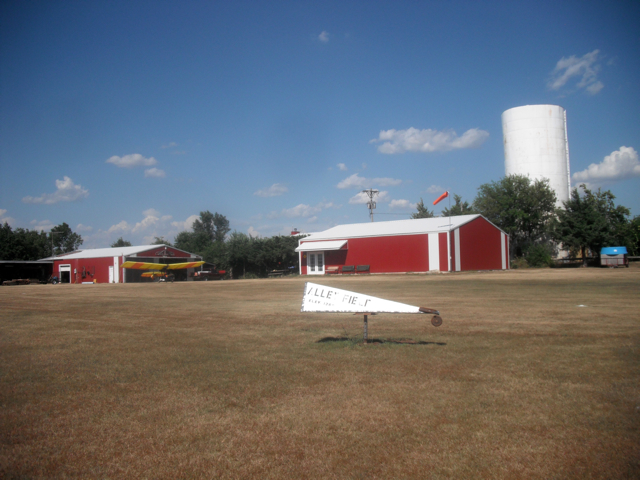 Lawrence is a hospitable fellow who always welcomes fliers with a place to sit and chat and he has some great stories about flying. 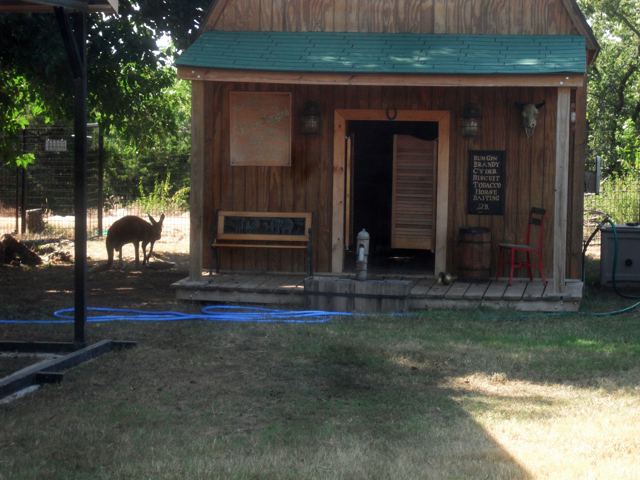 A very interesting side benefit to landing at Alley Field is being able to see his neighbor Joe’s Kangaroos. In fact, Kangaroos are not the only exotic animal he keeps but he also has some large tortoises that I couldn’t get in the shot from the fence. They were laying low under some bushes to keep cool.

After hanging out for a bit I bid adieu to Mr. Alley, mounted up and decided to head over to Cook Airfield which is a few miles west of Rose Hill, Kansas. 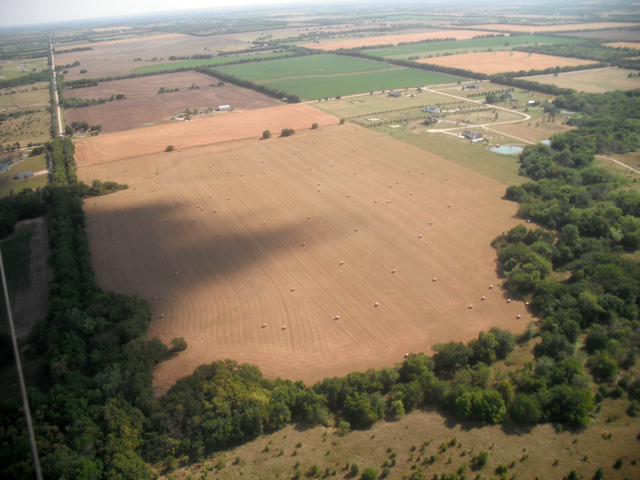 Round bales of hay ready to be picked up

On my way to Cook Field I saw one of my favorite sites and decided to show it to you. If you are not from this area these are large cylindrical hay bales they make out here. They are about 5′ in diameter and have to be picked up by a front-loader or a pole on a tractor. 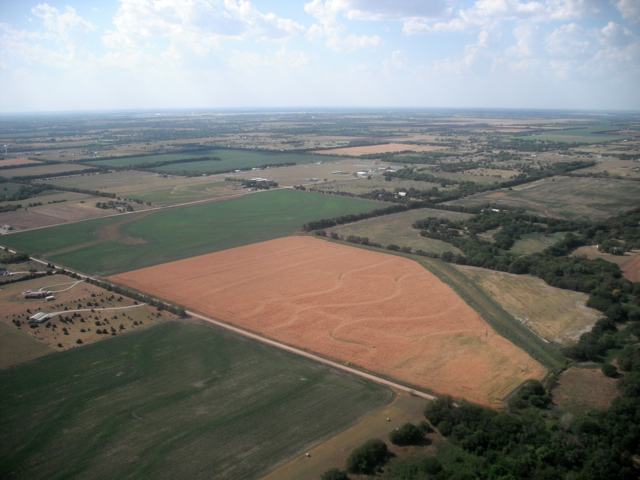 My landing at Cook Field was uneventful. I would have taken a closer picture but the air was so turbulent I didn’t want to be fooling with a camera as I got near the pattern because Cook can have more traffic than the smaller fields. No one was around because of the heat so I just taxied back to the active and took off again and headed back to my Home Airfield.