My good friend and Christian Brother Coach Bill Ham had been wanting to come out and see this airplane that I talk about all the time. So, we met at 5pm Thursday out at Selby Field where I hangar. Bill lives in Derby, Kansas which is just a few minutes drive from the field. 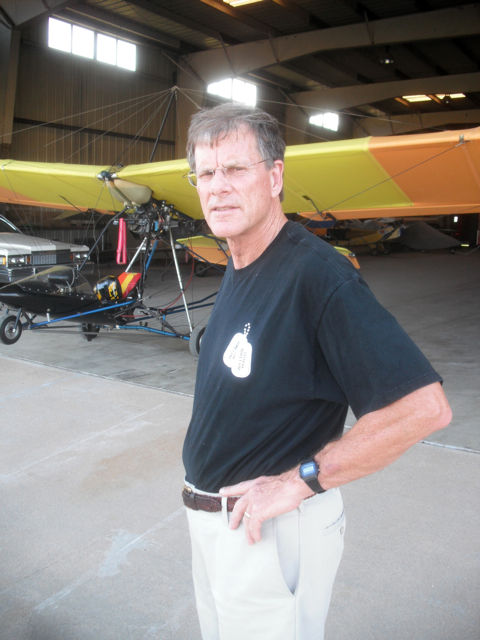 This picture features Bill’s “Game Face” and is not typical because it is hard to find him without his ever-present smile. He is semi-retired from a career in the teaching business motivating young guys to excel in football and other sports. 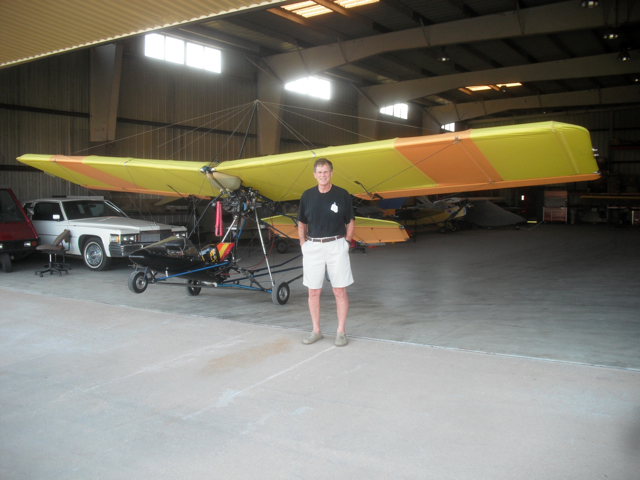 So, anyway, I handed him my pocket camera and he took a few shots. 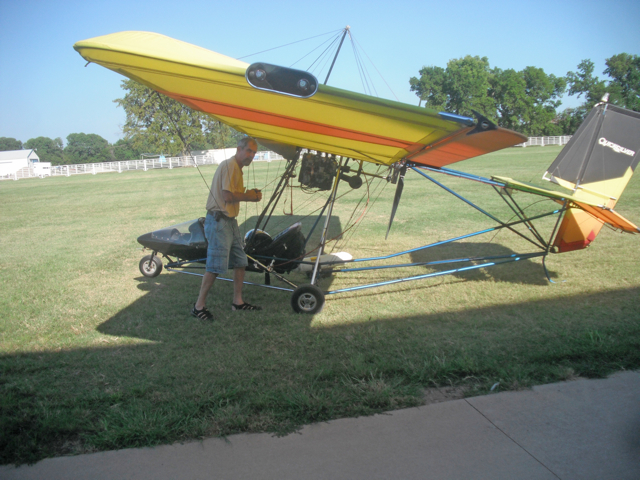 This was one of those moments you hope for… The engine started on the first pull. Actually I have been getting cold starts on the 2nd or 3rd pull lately anyway but 1st pull is the most desirable and so it was. 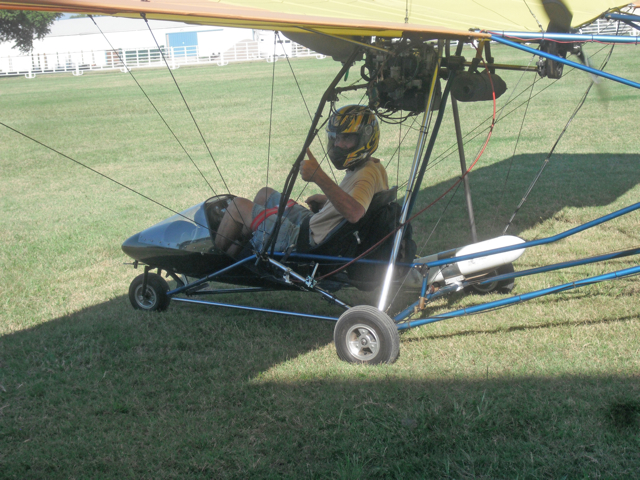 As early as I can remember seeing pictures of them pilots always used this signal to communicate various things such as “engine sounds good”, “mission accomplished”, “ready to fly”, etc. I think this guy is trying to tell us he at least remembered to take his vitamins this morning. 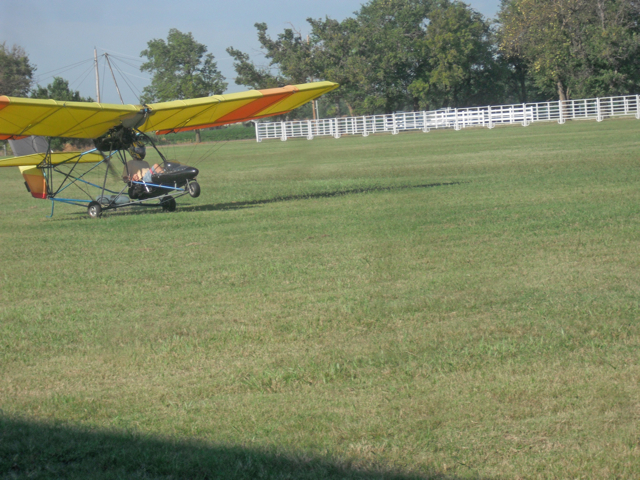 The wind was a gusty 20mph from the SSE and it made the field pretty active. I was showing Bill how quickly the MXL+ can get in the air and also how short the landing roll can be. Unfortunately this is the only flying shot Bill took that we could use because sometime during my run-up or during my takeoff the camera lens got blasted with dust and all the pix have enormous dust spots all over them. I dust spotted this one as best I could but the others were beyond salvage. 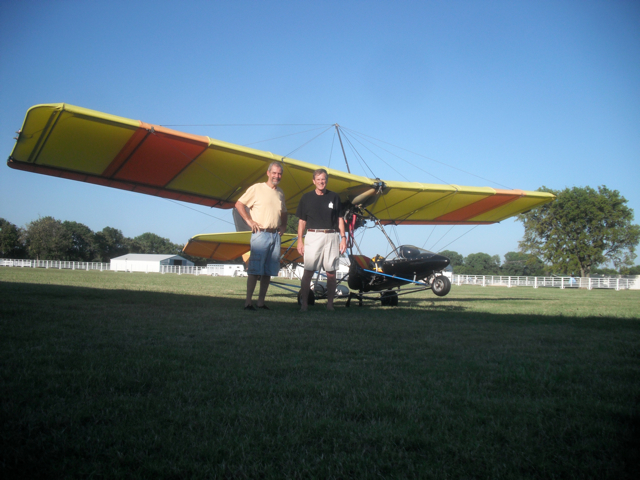 After showing off for about a half hour I brought it down and we used the camera timer to snap this one off.