After Church on a Sunday, if the weather is right and we don’t have any commitments, my wife Debra knows where I’ll be heading…

Selby Aerodrome where I keep my plane! 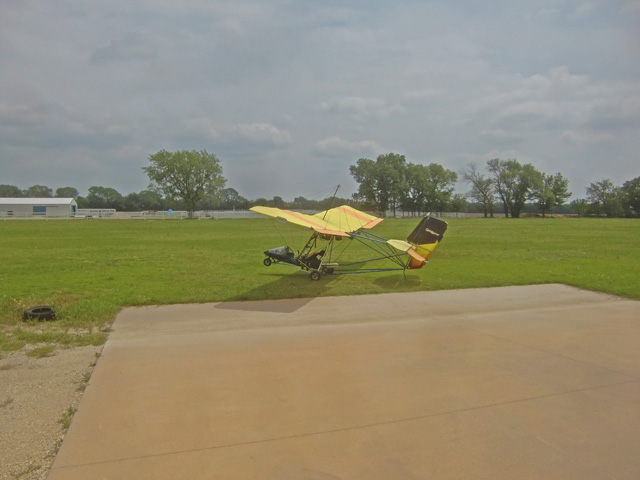 Here's the MXL, fueled up and ready to ride.

The wind is mild – about 7 mph from the South East. There is a lot of humidity in the air. One of my “Fun Flight” scenarios is to fly into the wind and then ride it back. It is like saving your desert for last…

Today this means heading to Strother Field which is halfway between Arkansas City, Kansas and Winfield, Kansas. Winfield is the home of the premiere Bluegrass Festival in the USA. 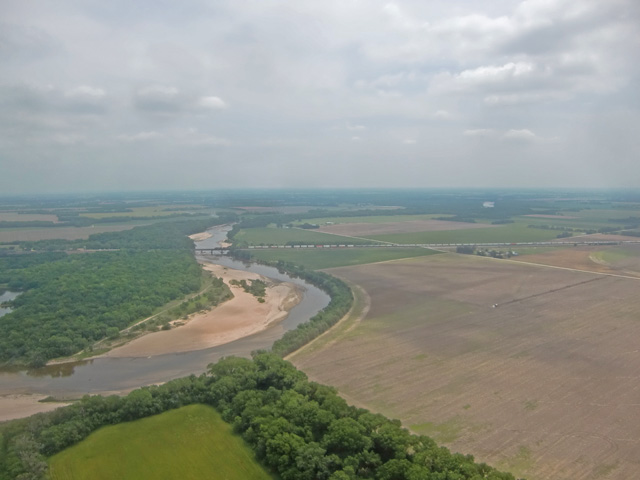 Heading South East from Selby Airpark I spy a train in the distance crossing a bridge just South of Mulvane, Kansas

On the way to Strother Field is a nice looking burg called Oxford, Kansas. They have an airport a few miles outside of town that I drop into on occasion. I haven’t had the opportunity to visit Oxford (on the ground) but it looks prosperous and pleasant.

During the flight around this area, I was getting a lot of what I call “Free Air”. The air mass was rising and pushing me up ever so gently but constantly. I dropped my throttle from 4650 down to 4400 and the plane kept climbing. Usually it will not maintain level flight much below 4500 rpm but I went from 600′ AGL to about 1500′ AGL in about 2 minutes while dialing the power back. That’s when you know the plane likes to fly and it’s a good day to be in the air! 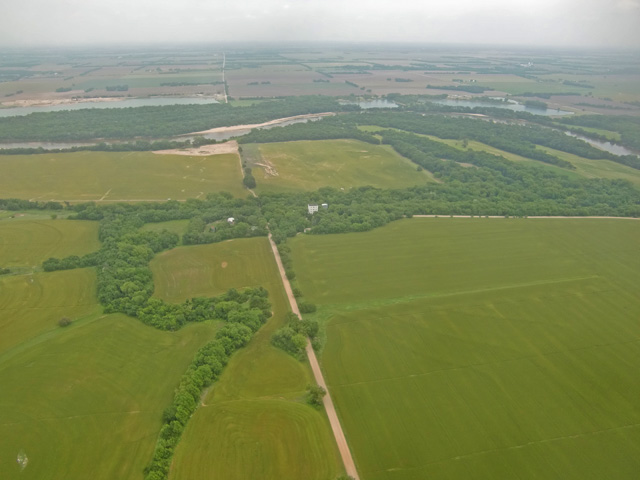 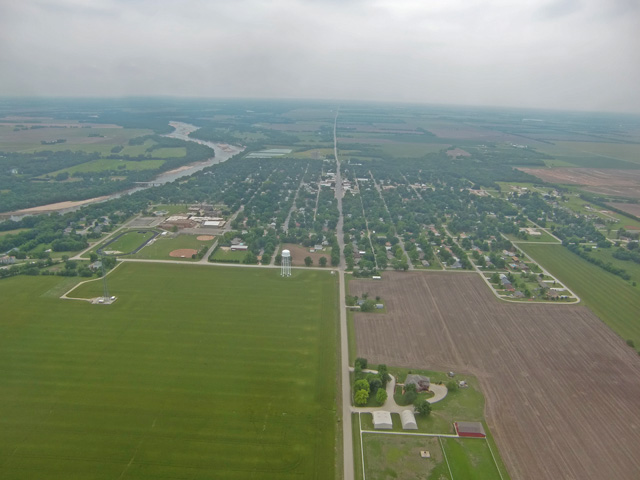 Oxford, Kansas from the North at about 700'. The air temp is about 72 degrees.

Real Kansans that haven’t been blinded by that Global Warming nonsense or who have not been fooled into thinking that CO2 is bad for you love the sight below. 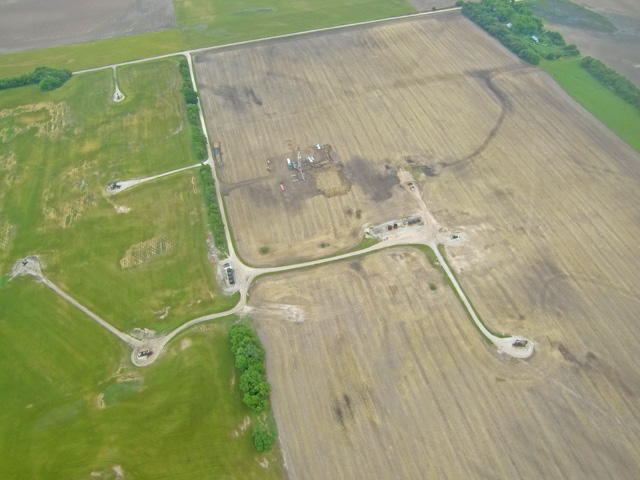 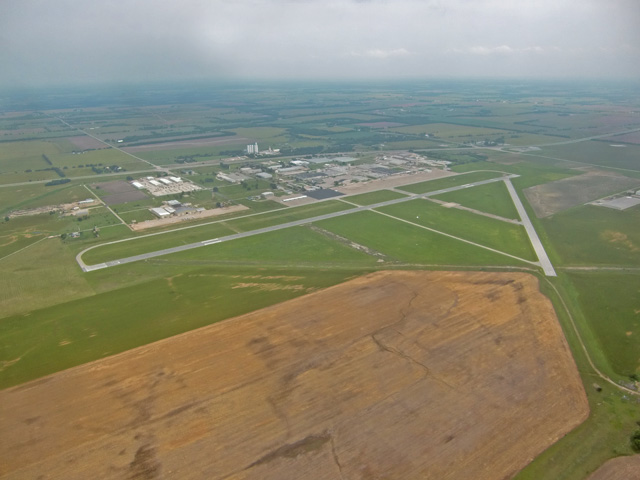 Approaching Strother Field from the North West at about 1500' AGL

At first, upon landing I was the only person in sight. Strother Field is kept up very well and is the home to the annual “Wings & Wheels” Fly-In/Car Show. I thought I needed to take a couple of pix of my plane again in new surroundings… 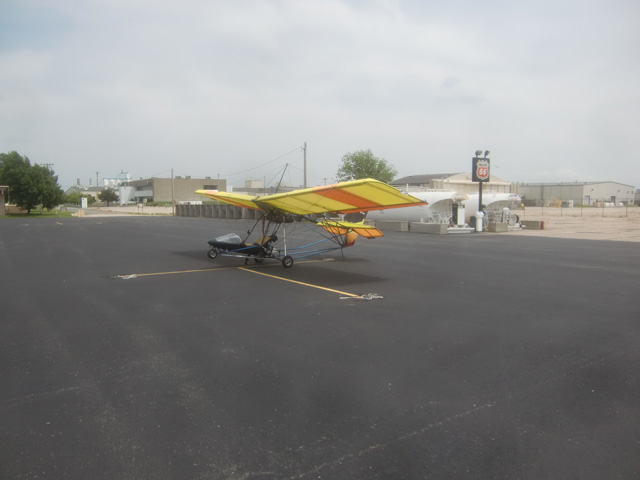 Strother has 100ll and Jet Fuel available with a "Do It Yourself", credit card pump 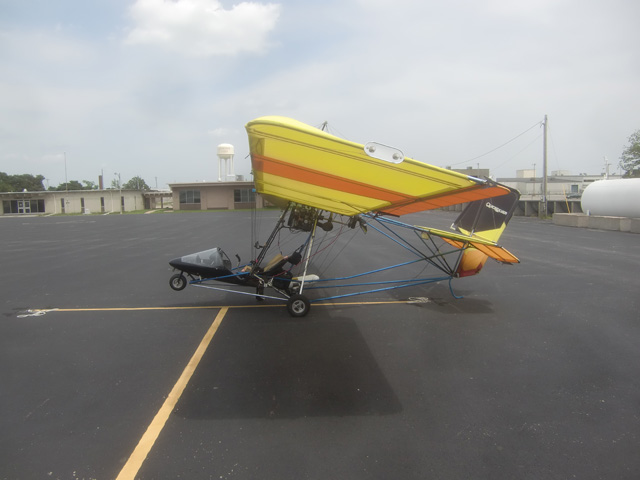 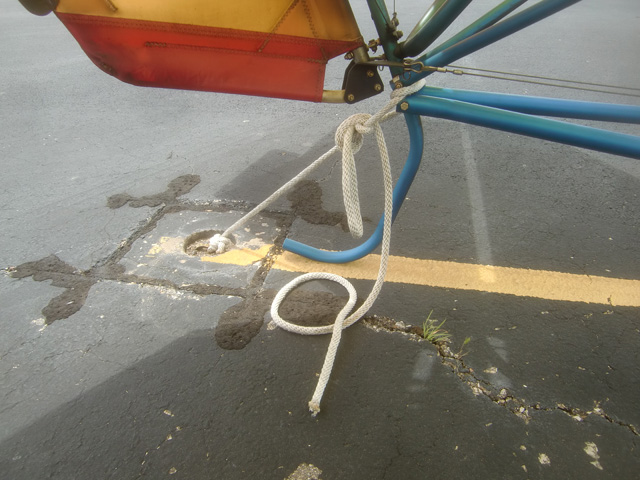 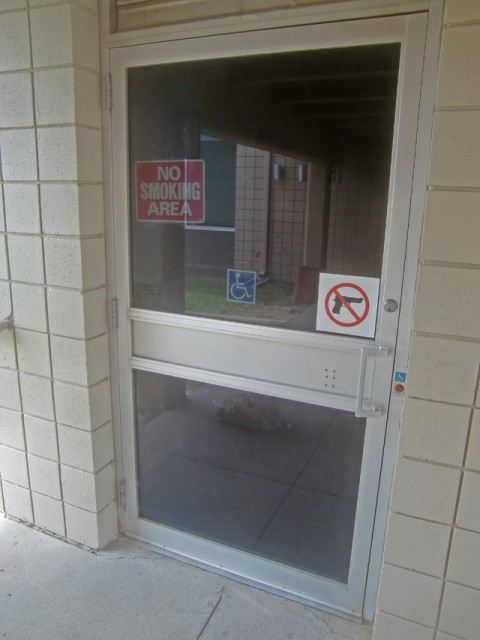 After a while a truck pulled up and I met my new Strother Field buddy, Jeff Beam. Jeff is an A&P. He works in the building behind him in the picture below. He is also a glider pilot and was out at the field waiting for his buddy to show up to give him a tow so he could soar for a while. I told him what the air was like and the continuous uplift I had received on the way in. We also talked quite a bit about my MXL. He is interested in that type of flying also. 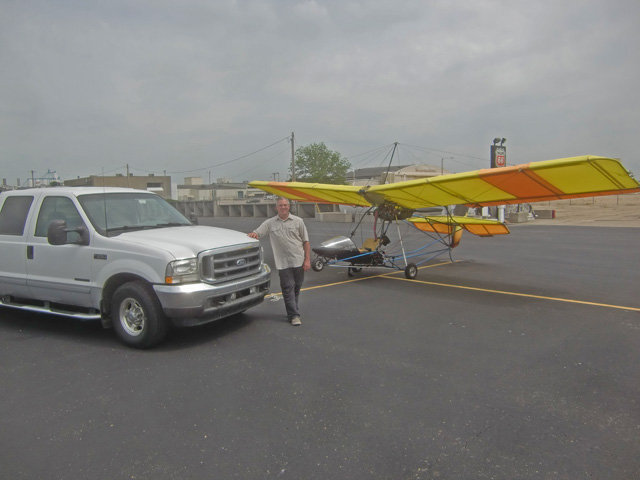 After leaving Strother Field I headed North West to Cherokee Strip. On the way there are two farms featuring these little shelters. I did not see any animals so I’m not sure what they are for. I was getting so much “Free Air” again, I didn’t want to dive down to get a closer shot. If you can tell by this picture what they raise here, please let me know. 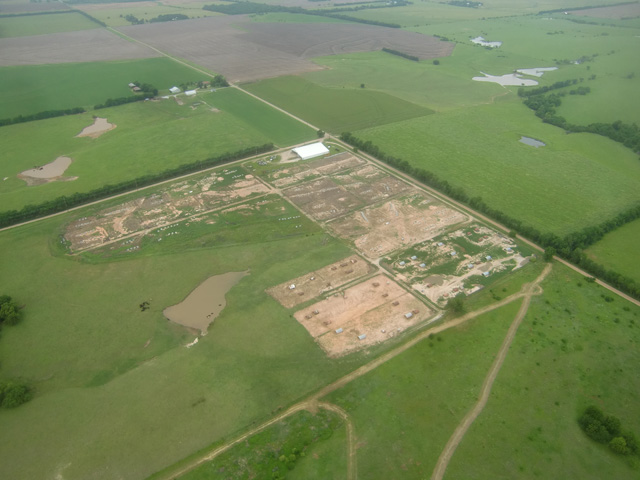 I continued SSW to  one of my favorite stops – Cherokee Strip. It is an Aviation Community just South of the town of Udall, Kansas. 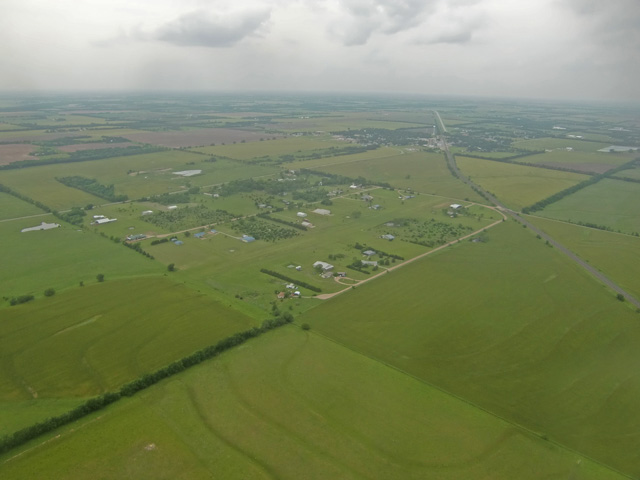 Cherokee Strip and Udall, Kansas from about 1200' AGL South East 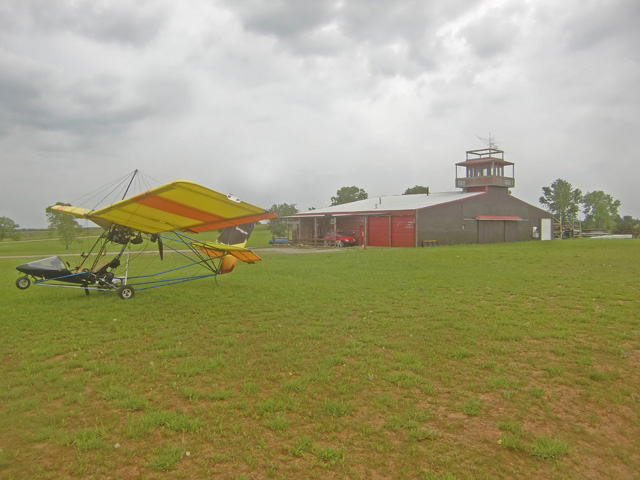 This is Tommy Randall's place. I looked around but he was not there. I left one of my calling cards in the door and took to the sky again.

I decided to head over to Cook Field. 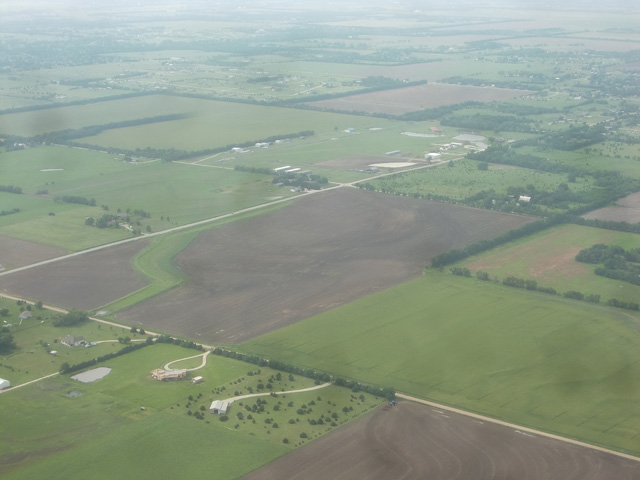 Cook Field from about 1500' AGL South East. Cook has a nice asphalt runway and a well-kept grass runway. I nearly always land on the grass.

There was no one around at Cook Field so I headed back toward Mulvane and my general area. Out West of Mulvane is the new Casino complex so I headed over there to take a look. 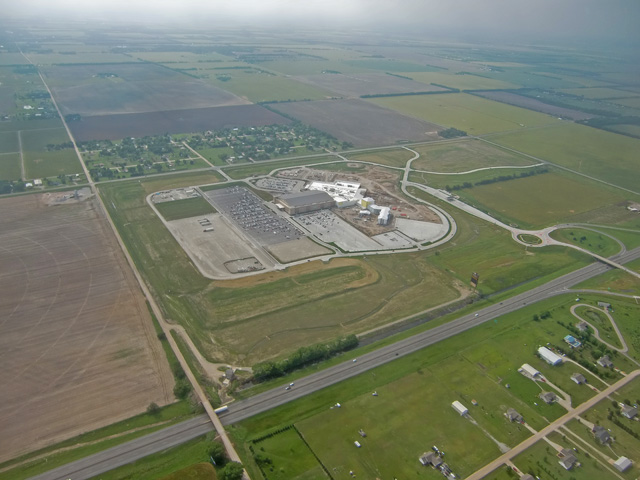 The casino is adjacent to the Kansas Turnpike 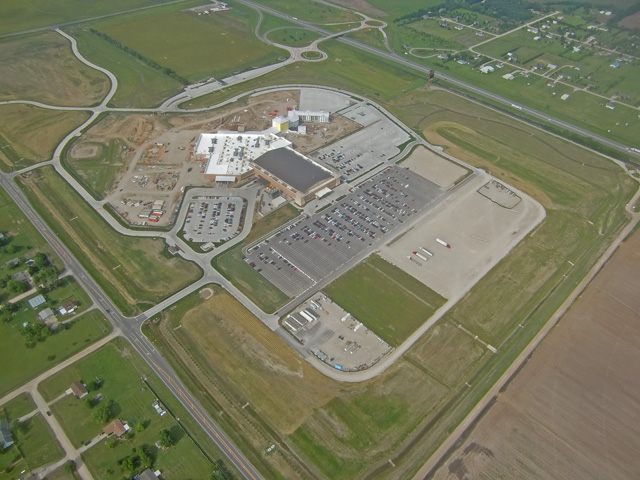 They seem to be moving into phase two of their construction. The bright, white edifice and the other ones to its right are under construction.

After cruising around the area a little more I turned back toward my home field to see if any of the other fliers had shown up yet.  From quite a distance I could see the big lake that goes around the Selby Home. There is a big, sandy beach around it, too. It looked very attractive so I took this shot after I got a little closer. 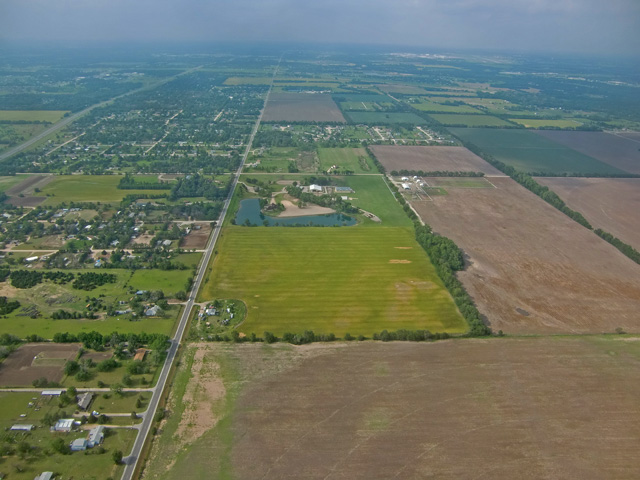 As I entered the pattern I could see nobody was in the hangar so I headed a little farther North. I usually don’t go up that far because I want to give a lot of leeway to the McConnell AFB control zone. McConnell is closed for operations on weekends (except for cross country flights) so I decided to go up to the edge of the control zone and take a picture so you can see what we see from our pattern. 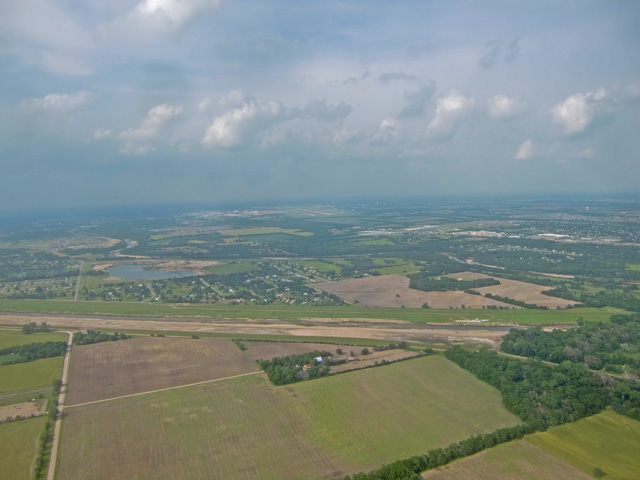 I actually had a closer shot than this but my trusty pocket camera has about reached the end of its usefulness and that picture did not look good enough to be posted here.

After I shot this, I saw in the distance that the hangar door had opened at Selby Aerodrome so I popped into the pattern to see who it was. Don Forse had come out to work on his Titan Tornado. I spent about 30 more minutes in the pattern shooting approaches and hedgehopping and then brought the MXL into the hangar.

Some guys like to play golf on a Sunday. Me, I logged 3 hours of airtime, ran into a new Flying Buddy and saw a number of interesting things. I look forward to many more adventures like this throughout the season.

One of the reasons I post these “Fun Flights” is to encourage others of you out there to grab some air, too.

It’s a great way to relax and take it all in.