Joe O’neal has had a HiMax hangared at Selby Field for some time and has run through a number of engine and prop combinations. Newly minted A & P mechanic, Chris Duncan has been helping him with the upgrading and installation of the latest engine/prop combo. Tonight Chris volunteered to take it around the patch for Joe. 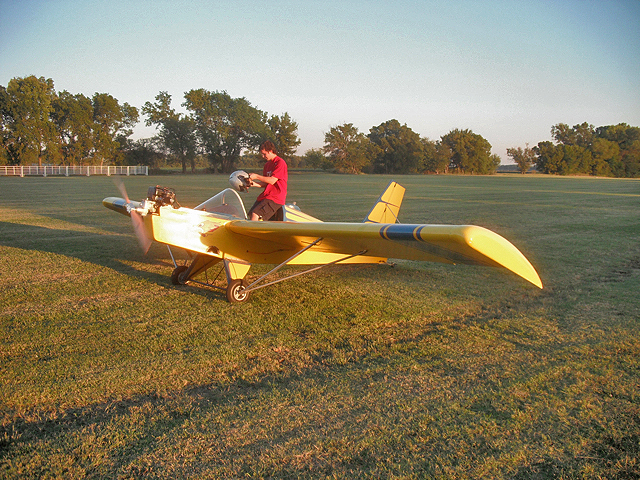 Chris decides to check the upper atmosphere for stability

Since it had been a rather turbulent air mass all afternoon, Chris decided he would see how rough the air was before he took the HiMax for a spin. He mounted his trusty MiniMax to ascend. 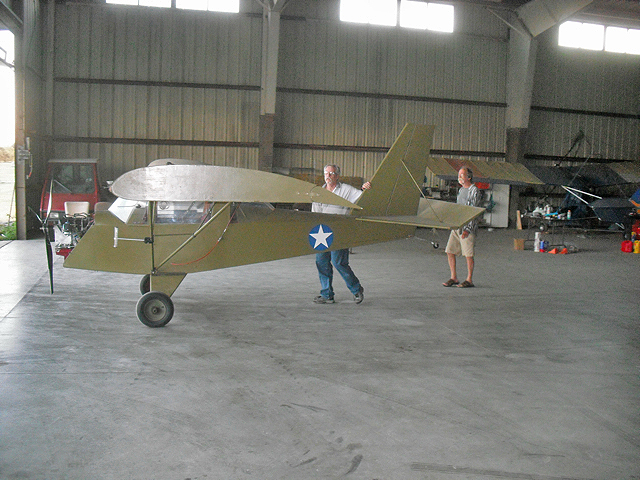 While Chris circled above making his meteorological estimations, Bill Bailey and Joe took a leap of faith, assuming Chris would find conditions acceptable and peremptorily wheeled the test plane out of the hangar to make it more ready for pre-flight and takeoff. 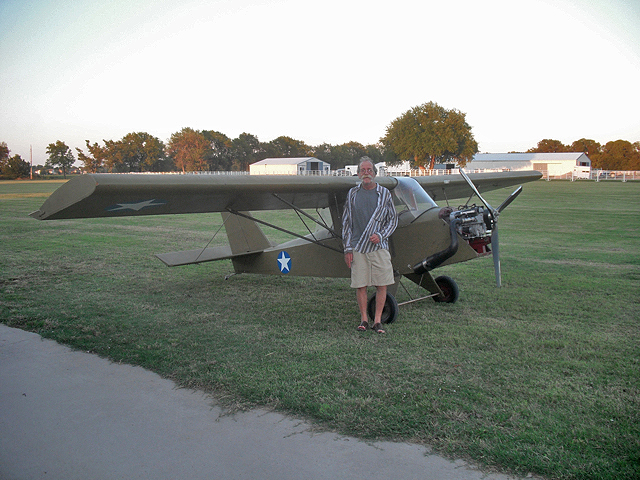 Joe O’neal and his HiMax

While they were waiting for Chris I snapped a shot of Joe and his baby about to test it’s wings with a new fan and motor combo out front. 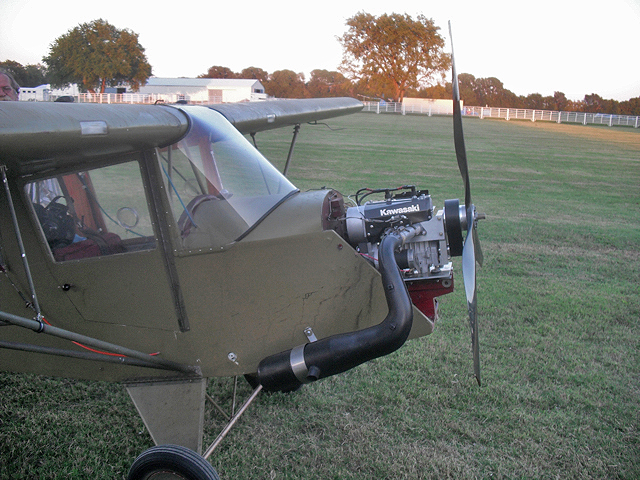 Speaking of the powerplant/prop here they are. Joe put on a new Kawasaki (I believe it is a 440) and mated it to a three blade IvoProp. Prior to this they tried a two blade Ivo but it didn’t have enough thrust to warrant a test flight. The taxi test was not acceptable. After adding the third blade the thrust improved enough in static testing to warrant a flight once the air conditions proved stable.

Finally Chris returned to earth and pronounced the air worthy of flight and began to pre-flight the HiMax covering it in great detail. 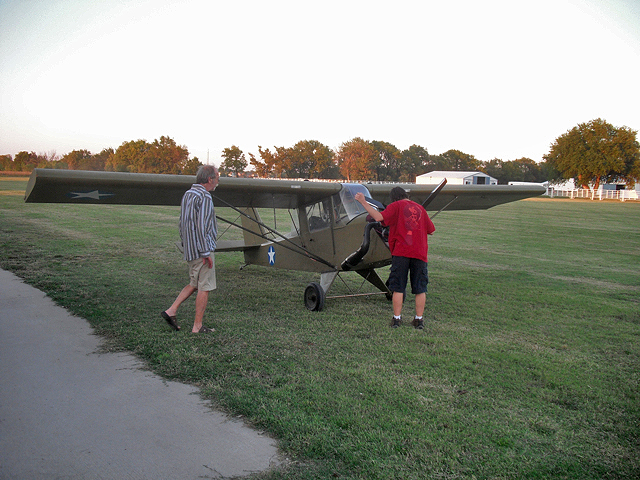 Joe and Chris pre-flight the HiMax 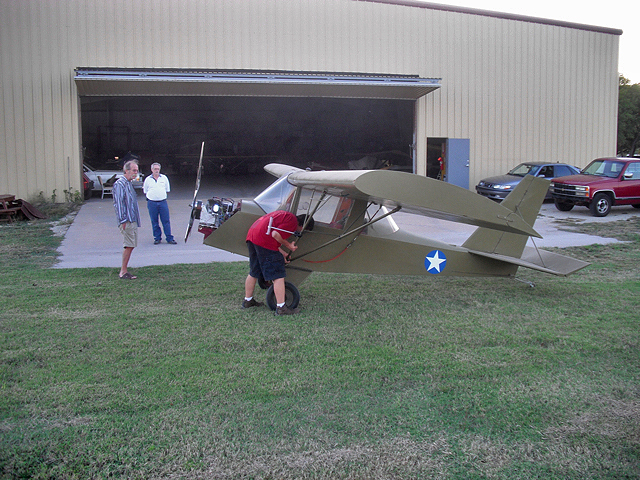 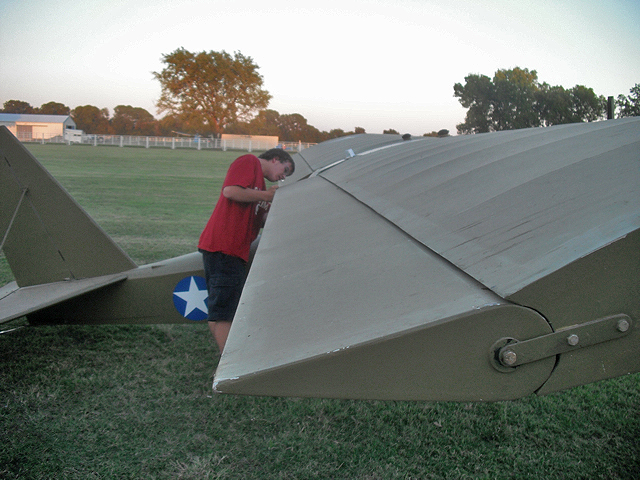 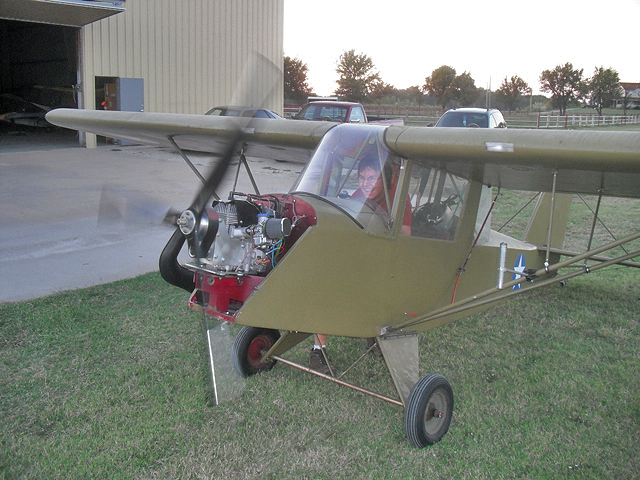 The engine sputters to life

Finally after a good walk around Chris hit the starter and after some priming the engine hummed into a nice, steady idle. I was immediately impressed by how quiet the whole package is. The muffler does an excellent job almost to the point where all you hear is the propeller. 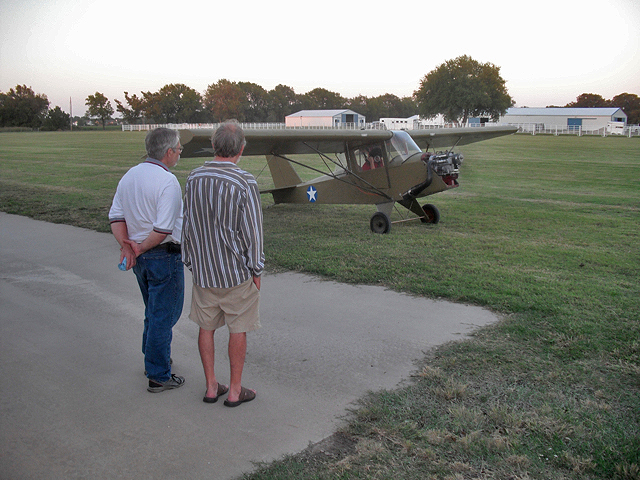 As Chris dons his helmet Joe and Bill make predictions as to how soon the bird will become airborne. 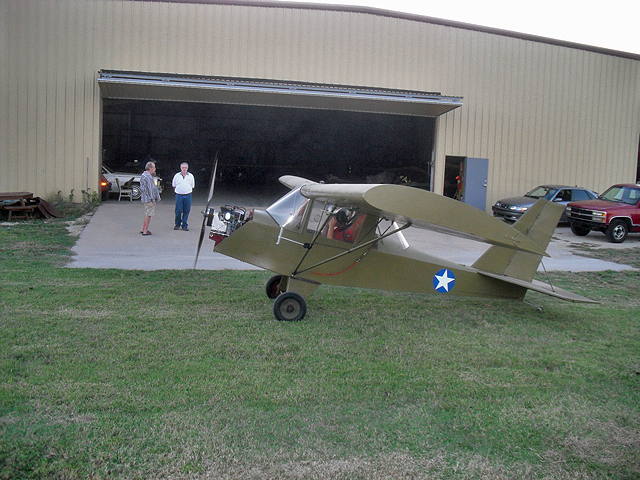 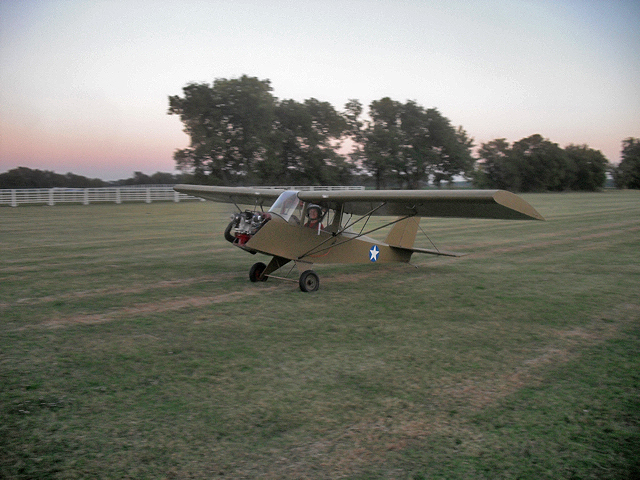 As you can see, Chris chose the last few slivers of sunlight to perform this test. Darkness is falling fast. 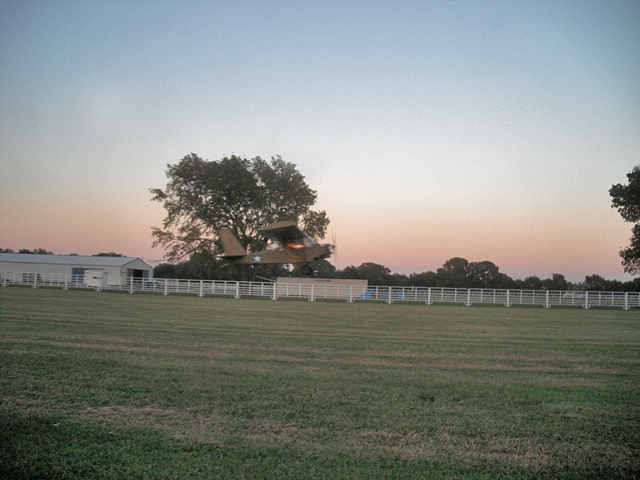 My little pocket cam is fine for portability but weak in its support of my craft. I wanted to pop this shot in the open area BETWEEN the trees where you could see the plane better against the open sky. As it is, the camo paint job of the airplane melds it into the tree line. Suffice to say, though, you can see for yourself the HiMax does truly fly. 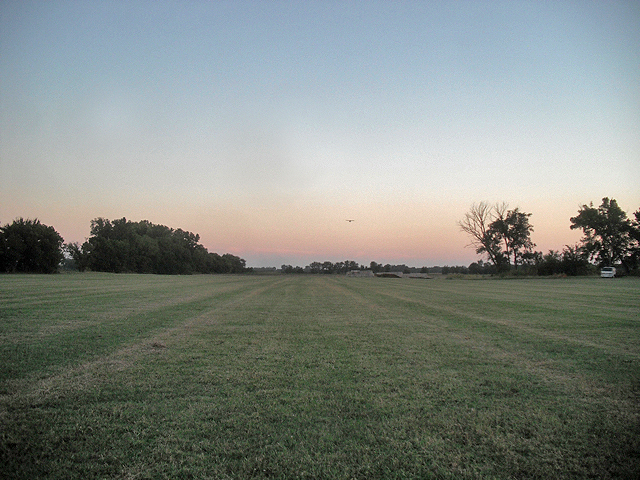 The HiMax south of Selby

You can see the plane in the distance to the south of Selby Airfield. After this Chris went northeast and pulled some 360’s and brought it back in. 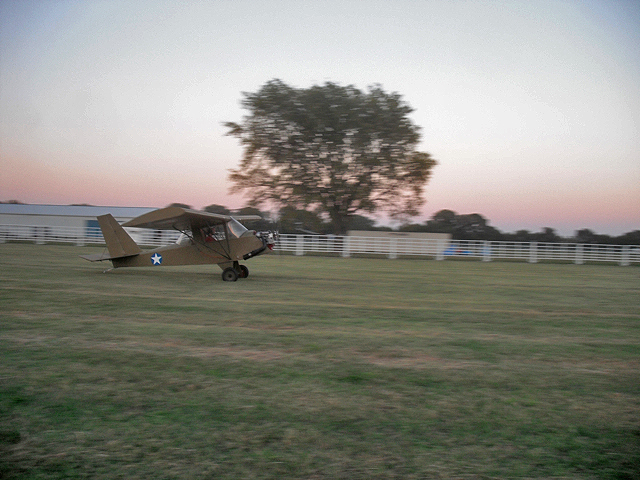 Chris brings the plane down pretty much in the same place he took off. The landing was smooth. 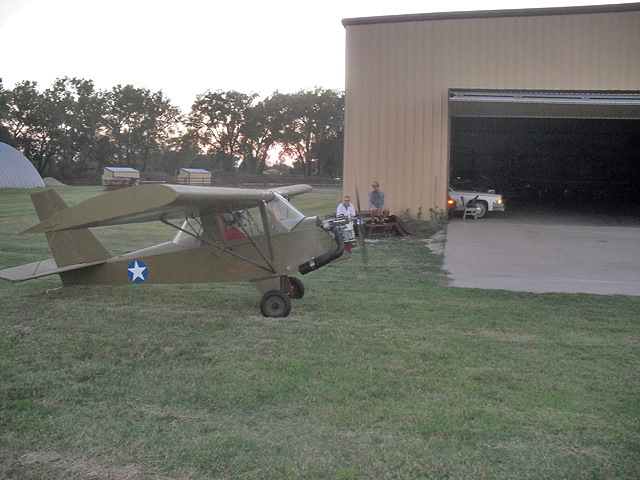 Chris pulls up to the hangar

After the short flight Chris pulls back to the hanger where Joe eagerly awaits his report. 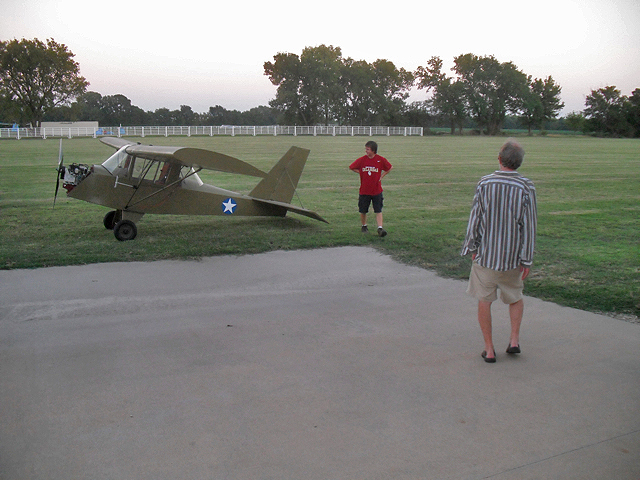 My wife had dinner waiting so I couldn’t stick around much longer. But, from what I heard the plane seemed to climb OK and maneuver good but had a nose heavy condition most likely stemming from the engine/exhaust/propeller changes out front. A little ballast in the tail should remedy that with little difficulty.

Perhaps after he sees this Flight Blog Post, we will receive a more detailed report about the flight from Test Pilot Duncan himself.