A Beginner's Guide to

A Beginner's Guide to Ultralight Flying is an 80 minute movie produced in 1994 for those who had heard about the sport and were interested but didn't know how to get started - a video primer to ultralight flying. It was originally released on VHS and then DVD.
It covers the basic federal regulations for ultralights and provides information on the topics of flight training and the purchase of aircraft. One of the nation's largest and most successful ultralight clubs is visited and it's president is interviewed.
Also, there are many interview sessions with ultralight flyers and owners of ultralight aircraft. These interviews provide the viewer with many unique, personal perspectives on the sport.
There are many interesting pictures of ultralights in flight as well as several music video segments. It is the first in a series about Ultralights in America.
In 1994, Ultralight Flying! magazine, the official magazine of the United States Ultralight Association (U.S.U.A.) awarded FitzGerald "Best Video Journalist of the Year" for "Beginner's Guide"

Click on any scene below to go directly to that segment. 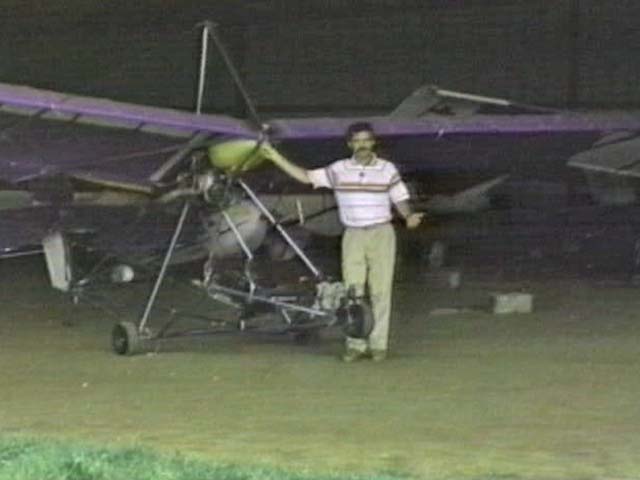 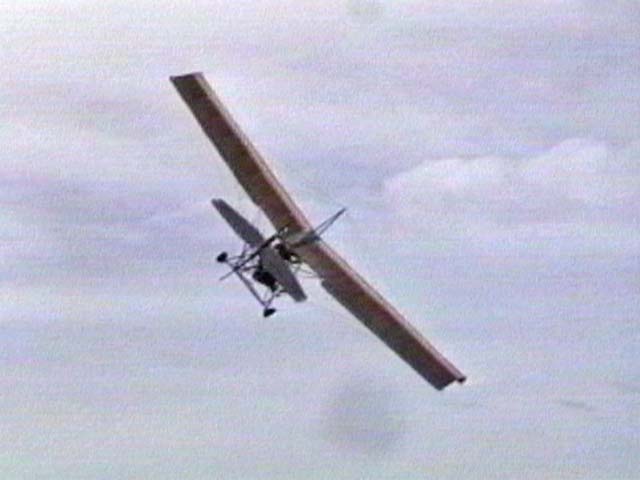 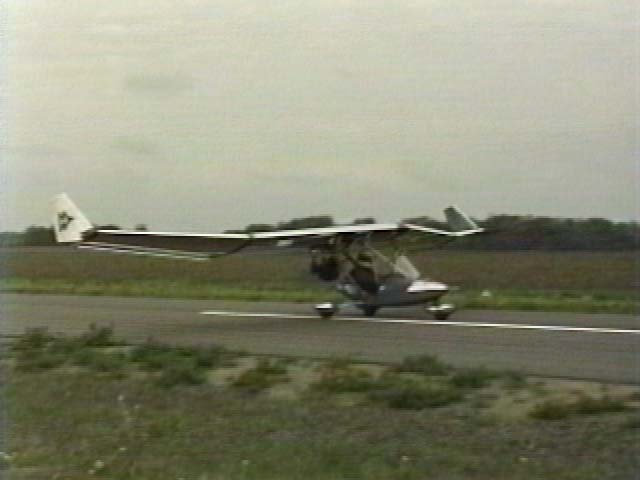 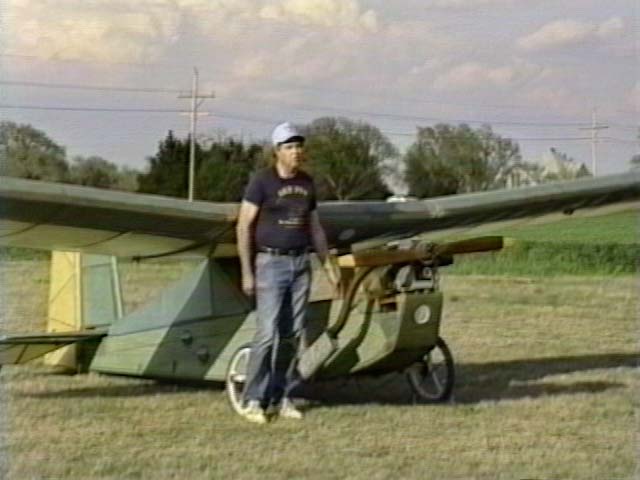 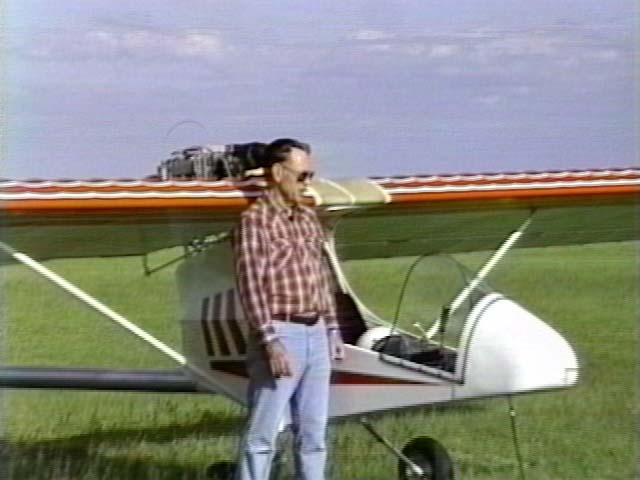 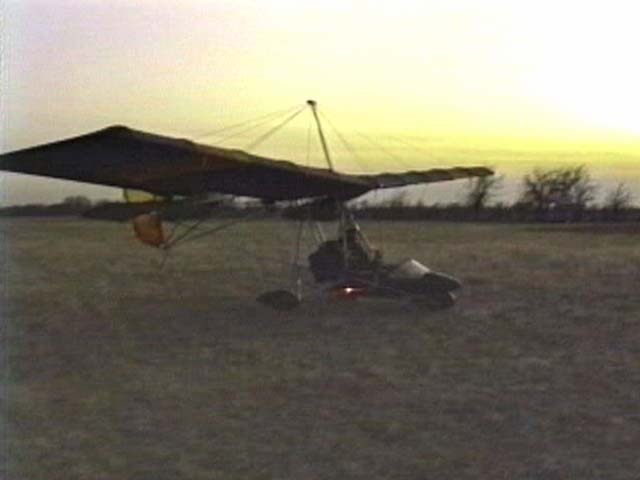 What Can You Do With One? 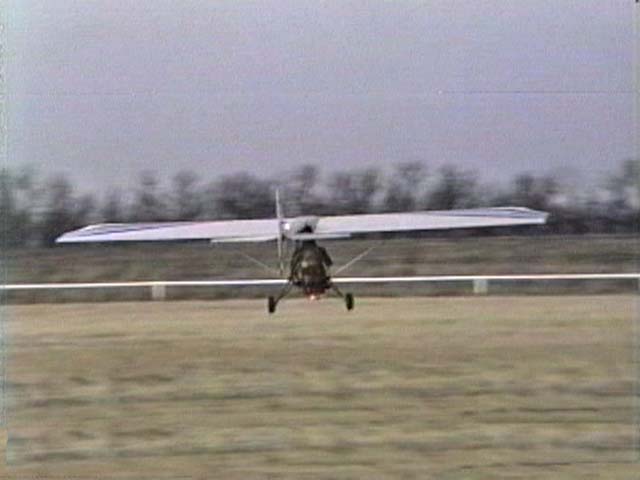 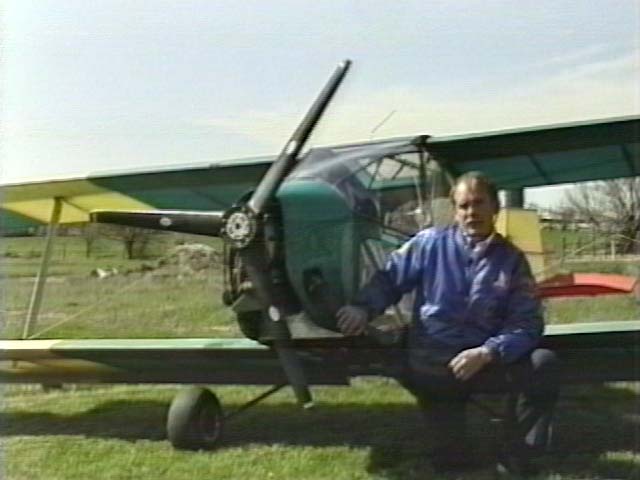 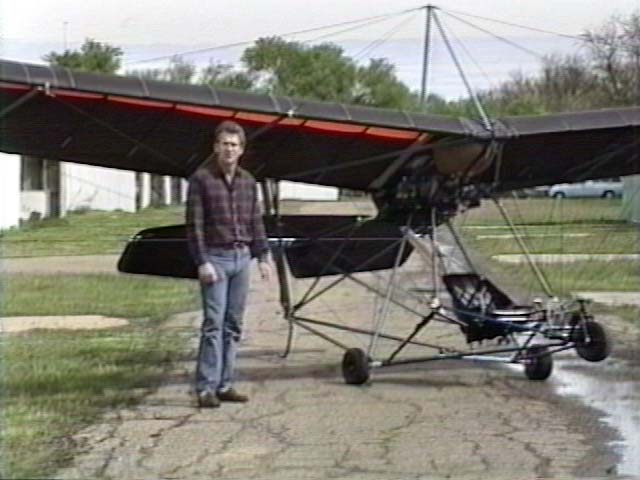 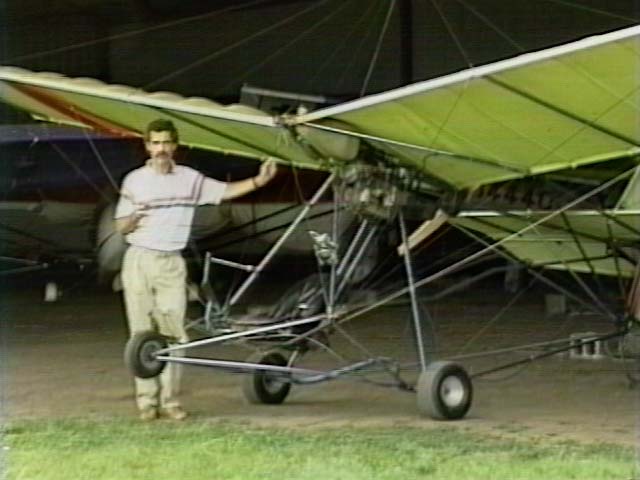 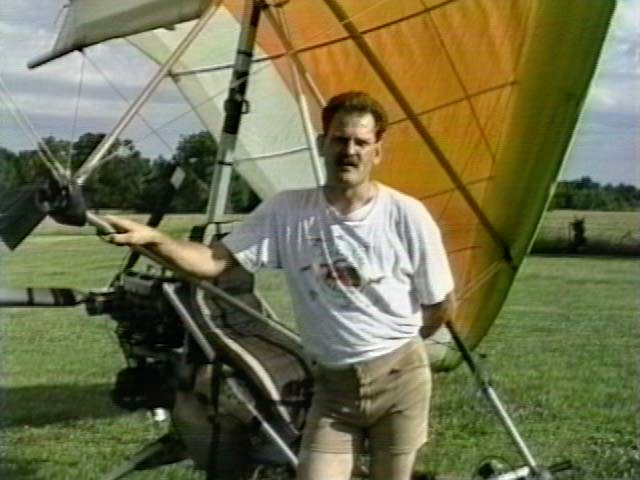 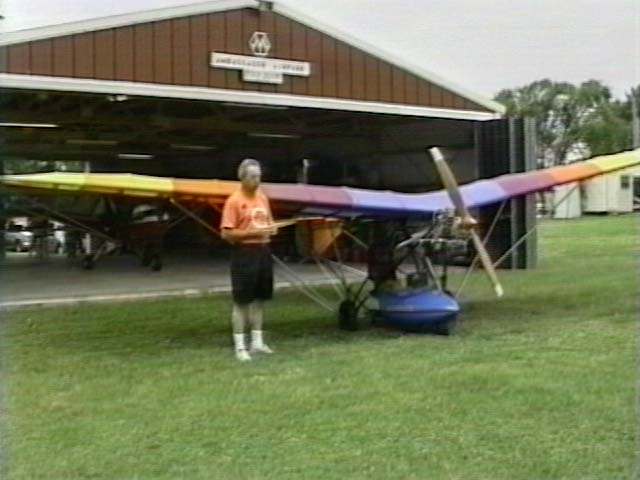 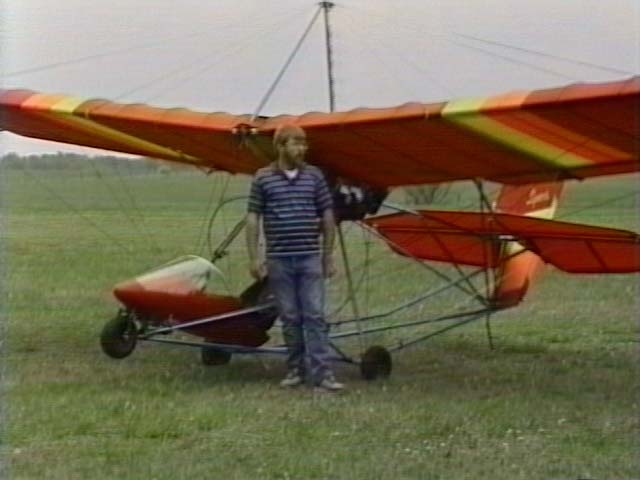 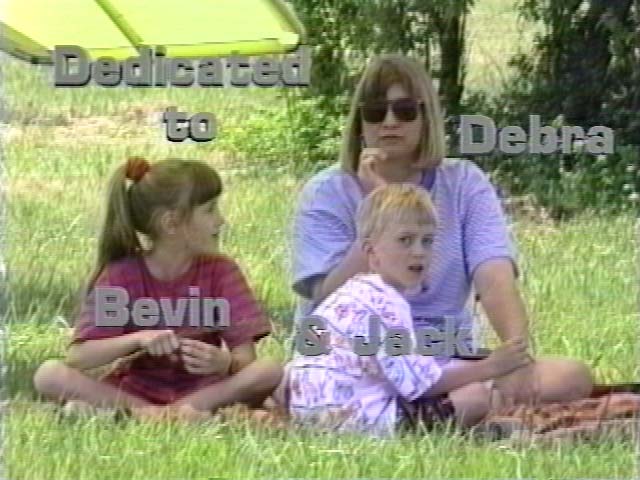 For those who might be interested in some of the editing equipment used to produce "Begin Guide", here is what FitzGerald wrote at the time it was produced (1994)...
Prior to editing, FitzGerald accumulated 18+ hours of videotape over the course of 3 years of shooting. The camera used was a Canon L-1 which is Hi-8. For editing, a Sony 9700 editor was employed. Camera footage was run through a Hotronic AP-41 Time Base Corrector. Graphics, annimation and titling were all produced on a Macintosh ci running at 50MHz. Other hardware items included RasterOps 24STV and RasterOps ProVideo32 Nubus boards. The software used included InfiniD, PhotoShop, Morph, and MacroMind Director. For final dubbing to distibution on VHS, the program was mastered on 1" videotape.
Brian wrote and performed all of the music used in Beginner's Guide drawing on his background as a musician playing in Northern California in the 1970's.
His trusty Gibson SG is the guitar used on all tracks. A Yamaha DX-21 keyboard synthesizer and a Sequencial Tom drum synth were used for bass and drum tracks. The audio editing software used was Opcode Vision. Some of the music was "pre-mixed" on a Yamaha 4 track MT-100 recorder and then dropped onto the PCM track of the Hi-8 editor in stereo. Other tracks were recorded directly to Hi-8 using the MT-100 as a mixer.
All of the music was written, performed and copyrighted by FitzGerald.

The Home of The Sky Surfer