General George S. Patton Jr. who practically took Germany all by himself – he and his Armored Corp that is.

Then, the “Red Ball Express”

was ‘formed’ and the ‘18 wheelers’ of the time did their utmost to keep fuel arriving to Patton’s tanks.

to the very fast moving tank columns BY AIR.  Wow, never heard of that one?  Maybe you hadn’t either?

Mr. Frank Spurlock (in the photo below) wrote this article in/for the K.C. Star and I hope you find it as

interesting as I did?  When you read the ‘numbers’ in his story, you’ll be impressed.

p.s. I do not know who gets the photo credit. 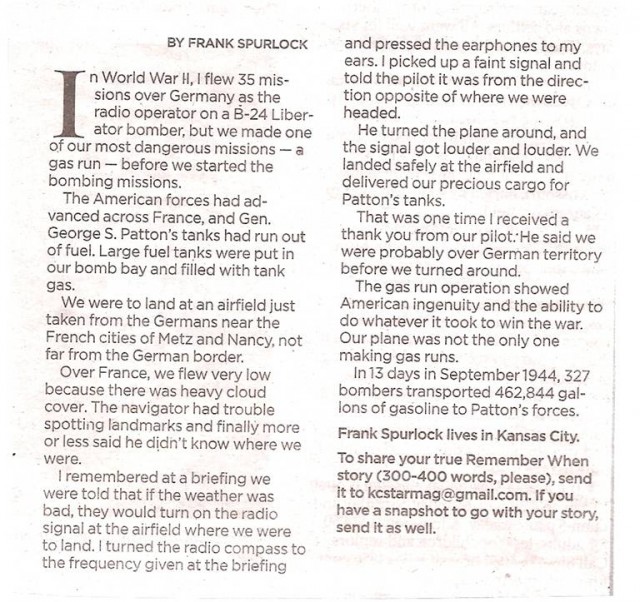 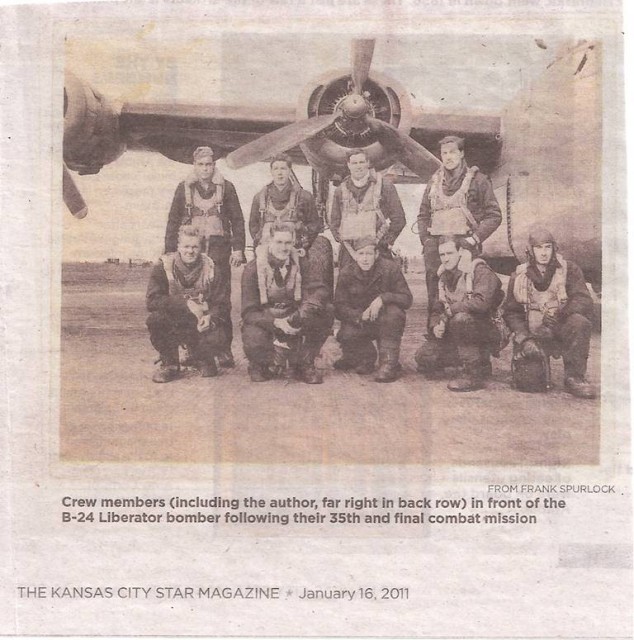